Sunil Chhetri played his 100th international match vs Kenya in Mumbai on Monday and marked the occasion with two goals. 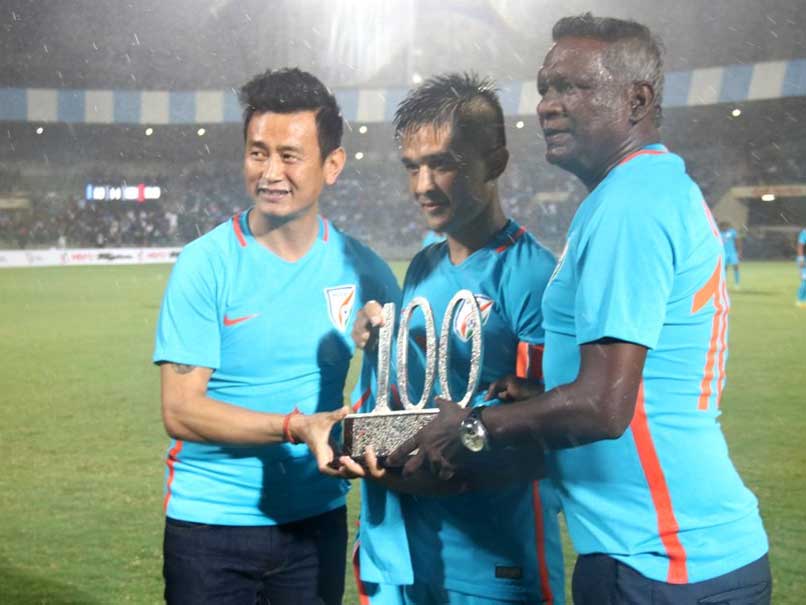 Sunil Chhetri played a landmark 100th international match against Kenya in Mumbai as part of the Intercontinental Cup tournament and the joy after the Indian team won the match was reflected on social media, where many celebrated India's win and complimented Sunil Chhetri. The victory was special, not only because Chhetri sealed by scoring two goals, but also because people put up with the heavy rain to head to the stadium and support the Indian players. Sunil Chhetri marked up his 60th and 61st international goals from 100 appearances.

Jeje Lalpekhlua also scored a brilliant goal for India as they won 3-0.

Sunil Chhetri is the 3rd highest goal scorer in international football, behind only Cristiano Ronaldo and Lionel Messi.

Congratulations team india that indeed was a spectacular victory ! Congrats @chetrisunil11 on your 100th international game and those extra special goals ! Game On ???? #INDvKEN @IndianFootball

What a fantastic victory. Congratulations @chetrisunil11 on your 100th international match and for making it extra special with the two goals and a fantastic victory in front of a packed stadium. Great news for @IndianFootball #INDvKEN pic.twitter.com/f5isKrYxdi

The Intercontinental Cup is a preparation tournament for the 2019 Asia Cup in the United Arab Emirates (UAE).

India have been drawn in Group A alongside host UAE, Thailand and Bahrain.

India Football Sunil Chhetri
Get the latest updates on ICC Women's Cricket World Cup 2022 and IPL 2022, check out the Schedule , Live Score and IPL Points Table. Like us on Facebook or follow us on Twitter for more sports updates. You can also download the NDTV Cricket app for Android or iOS.