Stuttgart, who finished three points below Frankfurt in the German Bundesliga, joined already-relegated Hannover in the second tier 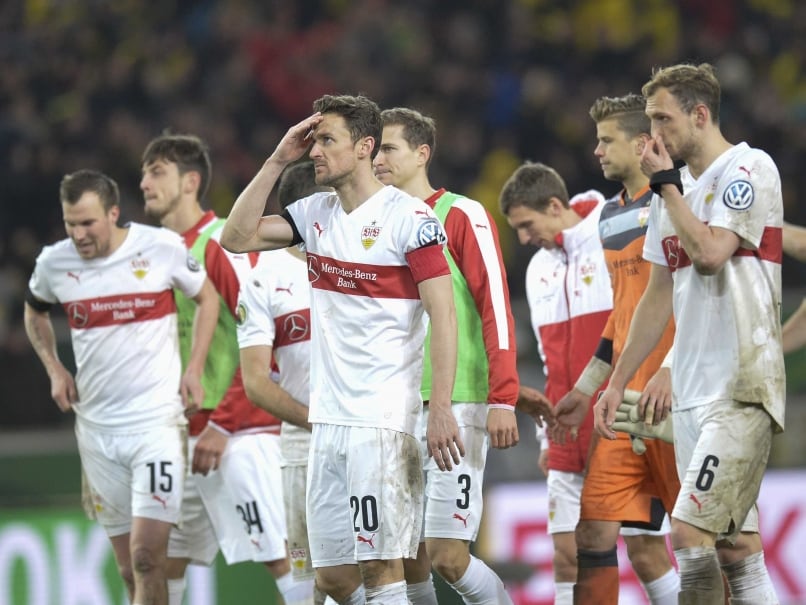 Stuttgart, who lost to Wolfsburg 3-1 on the final day, join already-relegated Hannover in the second tier.© AFP

Stuttgart were relegated on the final day of the German Bundesliga by losing at Wolfsburg 3-1, while Werder Bremen clinched survival with a late 1-0 win over Eintracht Frankfurt on Saturday.

Papy Djilobodji prodded the ball over after a goalmouth scramble in the 88th minute for Bremen to overtake Frankfurt, who face a two-leg playoff against Nuremberg, third in the second division, to determine which side plays top-tier football next season.

Bayern Munich kicked off their title celebrations with a 3-1 win over Hannover.

Second-place Borussia Dortmund drew with Cologne 2-2 to stay unbeaten at home all season.

Also, Schalke won at Hoffenheim 4-1 to move to fifth, overtaking Mainz and Hertha Berlin after their goalless draw.

Comments
Topics mentioned in this article
VfB Stuttgart Werder Bremen Football
Get the latest updates on ICC T20 Worldcup 2022 and CWG 2022 check out the Schedule, Live Score and Medals Tally. Like us on Facebook or follow us on Twitter for more sports updates. You can also download the NDTV Cricket app for Android or iOS.