Steven Gerrard, appointed as Rangers manager in May 2018, led the club to a runners-up spot in the league in his first season. 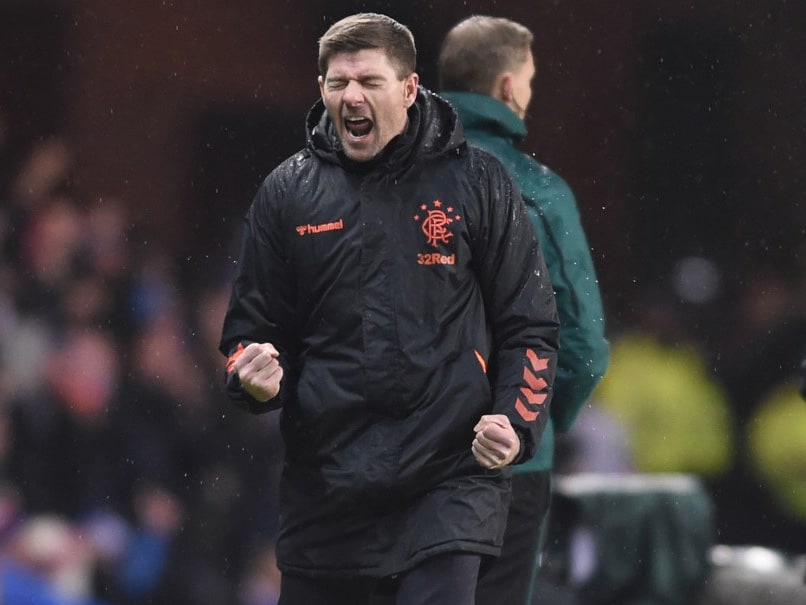 Steven Gerrard guided Rangers into the last 32 of the Europa League.© AFP

Steven Gerrard has signed a contract extension at Scottish Premiership giants Rangers that will keep him at Ibrox until 2024, the club announced on Friday. The former Liverpool and England player, appointed in May 2018, led the club to a runners-up spot in the league in his first season. On Thursday the 39-year-old guided Rangers into the last 32 of the Europa League. "Rangers Football Club is today delighted to announce manager Steven Gerrard has agreed a two-year extension which will keep him at Ibrox until the summer of 2024," it said in a statement.

Gerrard said it was an easy decision to make.

"I'm very happy and feel that we are building something special together at the club," he said.

"I'd like to thank the board for the backing they have given me already in my time at the club and also most importantly, the Rangers fans who have given me and the team such tremendous backing both this season and last."

Chairman Dave King said: "From the moment I met Steven, I could tell that he was the right man to help us to drive this club forward on the pitch. He has an elite mentality and that is exactly what I was looking for.

"He is relentless in his desire to bring success to our club and we are delighted that he has signed this new contract, which shows his commitment to Rangers."

England Steven Gerrard Football
Get the latest updates on ICC T20 Worldcup 2022 and CWG 2022 check out the Schedule, Live Score and Medals Tally. Like us on Facebook or follow us on Twitter for more sports updates. You can also download the NDTV Cricket app for Android or iOS.