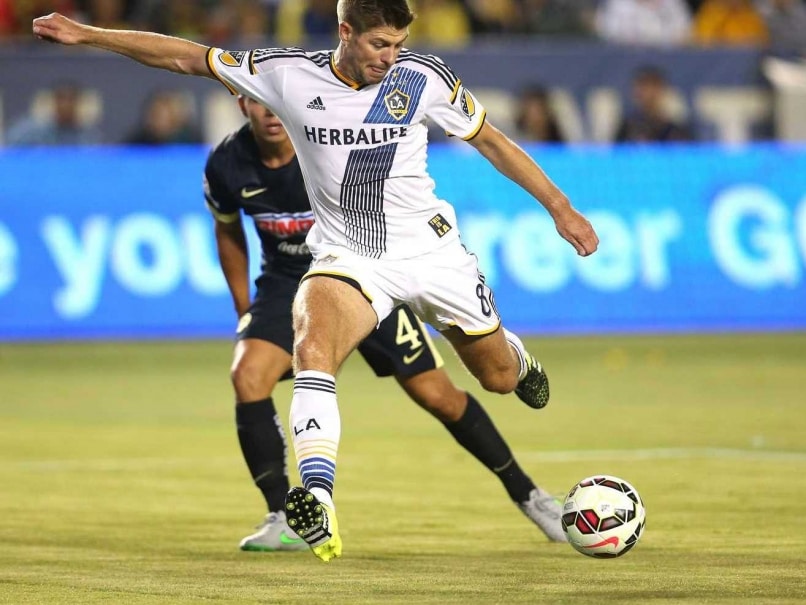 Steven Gerrard has set his sights on winning his first trophy with the Los Angeles Galaxy while Patrick Vieira aims to inspire New York City to glory as the 21st Major League Soccer season kicks off on Sunday. (Frank Lampard, Steven Gerrard Among MLS Stars to Face Tottenham)

Gerrard and New York manager Vieira are among a growing band of foreign players and coaches who have headed to the MLS in recent seasons, sprinkling stardust on a league that is enjoying record popularity.

Gerrard, who signed for the Galaxy last year, is an integral part of a new-look LA team aiming to bounce back after the disappointment of a first-round exit against Seattle in the post-season last term.

Former Liverpool skipper Gerrard pinpointed Galaxy's leaky defense as the cause of their downfall last season.

"I think we started conceding too many goals. We didn't position ourselves well for the playoffs which gave us a very difficult game away in Seattle," Gerrard said during an MLS media day recently.

"The learning curve is we need to perform and defend very solidly all the way through, try and position ourselves high come the end of the league campaign and that will hopefully give us a smoother ride through the playoffs."

Gerrard admitted he found his first season in the MLS a demanding experience, struggling to get to grips with a challenging schedule that often involves travel through multiple timezones and matches on variable surfaces.

"I used it as a learning experience," Gerrard said. "I feel an awful lot more prepared going forward into the new season so hopefully the experience of the ups and downs from the previous four or five months will be very helpful for me."

Gerrard said he has set a straightforward aim for the season: "Win the MLS Cup or go close."

The five-time MLS Cup champions Galaxy open their campaign with a testing match against DC United in California on Sunday night.

No target for Vieira

Elsewhere on Sunday, big-spending New York City FC travel to Chicago for what will be the first match under the new reign of manager Vieira.

The former France, Arsenal and Juventus star has opted to launch his managerial career in the MLS after working as part of the backroom staff at New York's parent club Manchester City in recent years.

Expansion side New York endured a difficult debut season in the MLS, failing to make the playoffs despite assembling a squad which is bristling with overseas talent.

"I don't want to put any kind of target upon the players, what's important for me is to play the best football we can," Vieira said.

"The message I sent to the players is if we play the right way, if we do what we want to do, we will give ourselves more chances to winning games.

"The first game will be a very big test for us to see where we are, we will play against a well organized team with very good players, it will give us a really good indication of where we are."

Lampard will miss Sunday's opener after picking up a knock but Vieira said the former Chelsea star and Pirlo had already been influential in pre-season by setting standards for less experienced players.

"The way they speak, the way they are hungry to win things, they really want to be part of this football club and remembered for bringing titles to this team. They are training hard, giving information to the younger players," Vieira said.

Comments
Topics mentioned in this article
Steven Gerrard Football
Get the latest updates on ICC T20 Worldcup 2022 and CWG 2022 check out the Schedule, Live Score and Medals Tally. Like us on Facebook or follow us on Twitter for more sports updates. You can also download the NDTV Cricket app for Android or iOS.