The match between Rayo Vallecano and Albacete was suspended at half-time on Sunday after Rayo fans sang songs calling Albacete's Roman Zozulya a "Nazi". 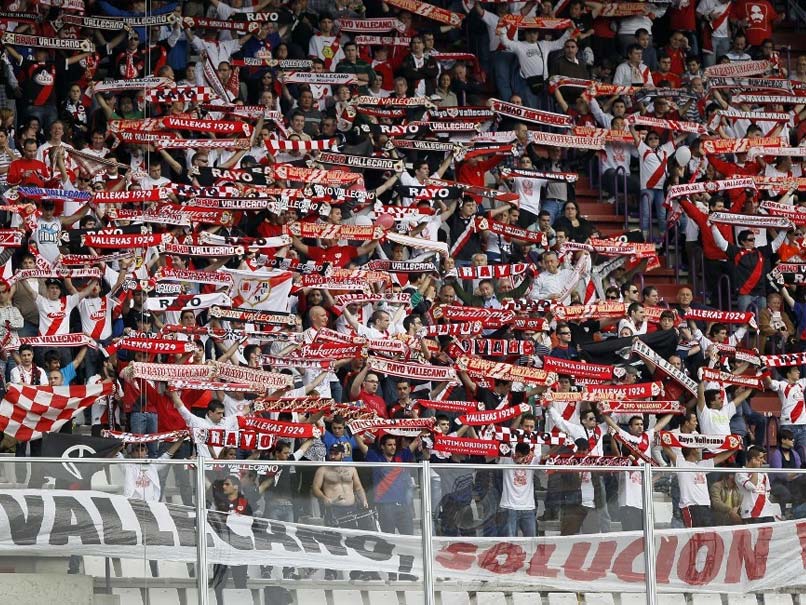 A second division football match in Spain between Rayo Vallecano and Albacete was suspended at half-time on Sunday after Rayo fans sang songs calling Albacete's Roman Zozulya a "Nazi". The game was stopped during the first period at Vallecas and then suspended at the interval after Rayo supporters had chanted "puta Nazi", meaning "f****** Nazi" at Zozulya, who joined Rayo on loan in 2017. An Albacete statement read: "With the backing of @RayoVallecano, Albacete Balompie and of @LaLiga, the referee and the @rfef, it has been decided to suspend the game in Vallecas.

"A decision made with the sole objective of safeguarding the values of the sport we love and our competition."

Rayo Vallecano wrote on Twitter: "Due to the repeated chants and insults made during the first half of the #RayoAlbacete game, the match is suspended."

Zozulya joined Rayo on loan in 2017 from Real Betis but never made an appearance for the club after his spell was cut short due to opposition from Rayo fans, who are renowned for being politically left-wing.

The Ukraine forward wrote an open letter to Rayo's supporters denying any links to neo-Nazi groups but some fans still attended his first training session with a banner that read Vallecas was "not a place for Nazis".

Sunday's game was goalless at half-time, although Albacete were down to 10 men after their midfielder Eddy Silvestre had been sent off.

"We strongly condemn the insults that a section of the supporters, at the back, uttered towards an opposing player. We feel pain and shame after what happened."

Presa said he had spoken to and "kissed" Zozulya, because he is "a human being and deserves respect".

Albacete vice-president Victor Varela said he wanted to highlight "the exemplary behaviour of Rayo", in solidarity with their rivals.

"During the first half, friends told me that the player was in tears and he collapsed when he returned to the dressing room."

Rayo Vallecano Roman Zozulya Football
Get the latest updates on ICC T20 Worldcup 2022, check out the Schedule and Live Score. Like us on Facebook or follow us on Twitter for more sports updates. You can also download the NDTV Cricket app for Android or iOS.