BCCI President Sourav Ganguly on Thursday said that Manchester United is his favourite club and also hoped that Ole Gunnar Solskjaer's side will recover and reclaim their glory days. 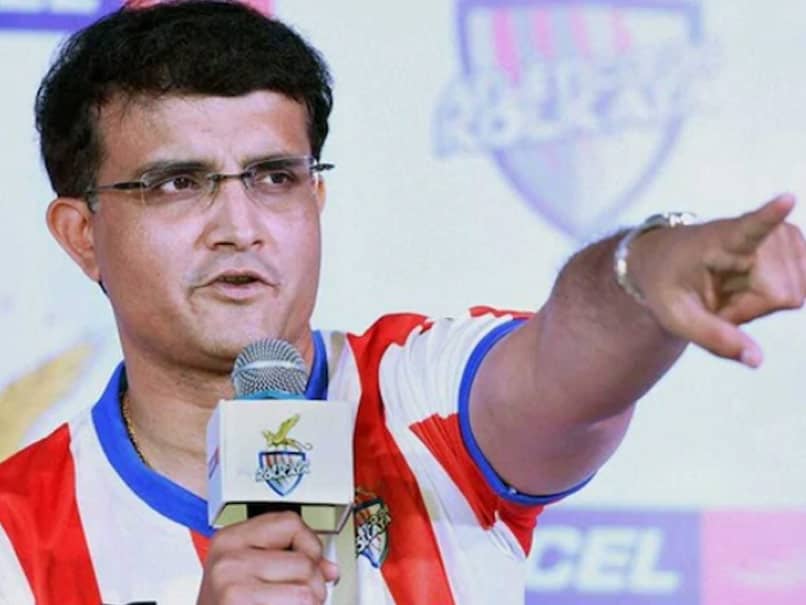 Sourav Ganguly is one of the directors of ISL club ATK Mohun Bagan.© PTI

Former India skipper and current BCCI President Sourav Ganguly on Thursday said that Manchester United is his favourite club and also hoped that Ole Gunnar Solskjaer's side will reclaim their glory days. Ganguly was doing an Instagram Live chat with broadcaster Anant Tyagi on the official handle of Indian Super League (ISL) and named the Premier League club as his favourite football club.

"My favourite club is Manchester United. They are not at their best at the moment, but this can happen in sport, I thought they will recover under Solskjaer last year, but this year has been different. Hopefully, they will recover and hopefully, under Solskjaer, they will get where they used to be. Everyone thinks about what Alex Ferguson achieved, but people like Alex Ferguson don't come along easily, he is once a generation type of coach," Ganguly told Tyagi.

Ferguson is well known for managing Manchester United from 1986 to 2013. He is also considered to be one of the greatest managers to have graced the sport and he has won more trophies than any other manager in the history of football.

During his 26 years with Manchester United, Ferguson won 38 trophies, including 13 Premier League titles, five FA Cups, and two UEFA Champions League titles. He was knighted in the 1999 Queen's Birthday Honours list for his services to the game.

He retired from management at the end of the 2012-13 season, having won the Premier League in his final season. Currently, the club is managed by Ole Gunnar Solskjaer.

Manchester United Indian Super League Football
Get the latest updates on IPL 2020, check out the IPL Schedule for 2020 and Indian Premier League (IPL) Cricket live score . Like us on Facebook or follow us on Twitter for more sports updates. You can also download the NDTV Cricket app for Android or iOS.