Sergio Romero will replace Victor Valdes, who was shown the door at Old Trafford after apparently refusing to play for United's second team. 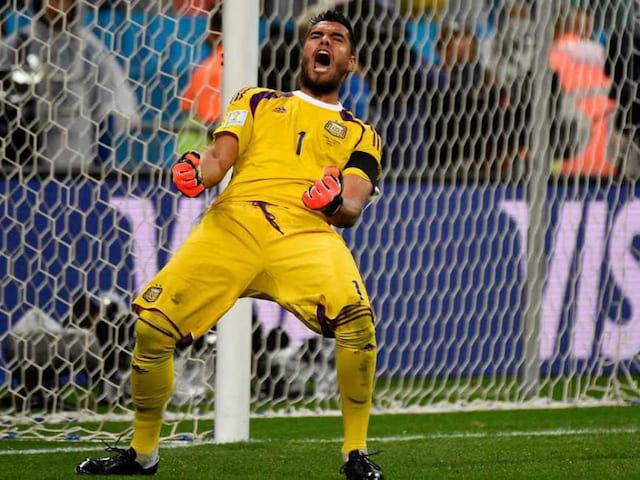 Manchester United on Sunday confirmed the signing of Argentine goalkeeper Sergio Romero on a three-year deal.

The 28-year-old will replace Victor Valdes, who was shown the door at Old Trafford after apparently refusing to play for United's second team.

"To play for the biggest club in the world is a dream come true for me," said Romero in a statement on the club's website.

"Louis van Gaal is a fantastic manager and I cannot wait to get started on this new and exciting challenge in my career." (Also read: Van Gaal hopes de Gea stays on)

Romero made his senior debut in the Argentine Primera Division with Racing Club in 2007.

Since then he has played for his country on several occasions, and was part of Argentina's squad for the 2014 World Cup in Brazil where they finished runners-up to Germany.

He will already be familiar with the methods of Manchester United manager Van Gaal, who was coach during Romero's time at Dutch club AZ Alkmaar.

"He was a young keeper during my time at AZ Alkmaar and I am delighted he is joining Manchester United," Van Gaal said on the club's website.

"He will be a great addition to the team and I am looking forward to working with him once again."

Comments
Topics mentioned in this article
Manchester United Argentina Sergio Romero Football
Get the latest Cricket news, check out the India cricket schedule, Cricket live score . Like us on Facebook or follow us on Twitter for more sports updates. You can also download the NDTV Cricket app for Android or iOS.