Sergio Ramos hasn't featured since dislocating his shoulder in last week's 4-0 win over Shakhtar Donetsk and joins Gareth Bale, James Rodriguez and Danilo on the sidelines. 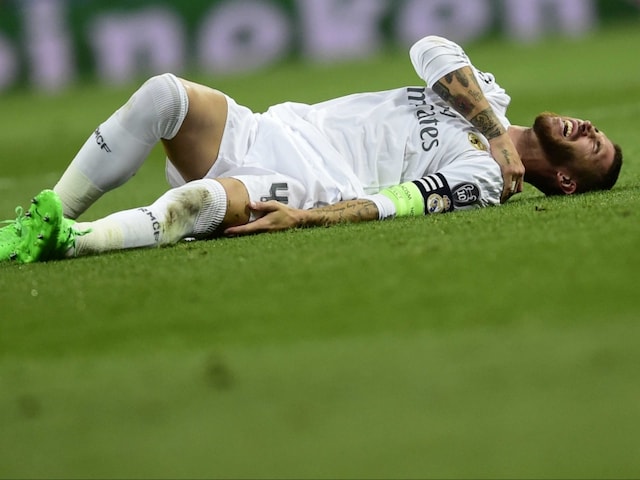 Real Madrid will have to do without four first-team regulars for their challenging trip to Athletic Bilbao on Wednesday after coach Rafael Benitez confirmed Sergio Ramos won't be fit to travel.

Ramos hasn't featured since dislocating his shoulder in last week's 4-0 win over Shakhtar Donetsk and joins Gareth Bale, James Rodriguez and Danilo on the sidelines.

"I spoke with Ramos this morning and he is still not comfortable," Benitez said on Tuesday.

"It is practically 100 percent that he won't be there tomorrow."

Madrid lost away at Athletic last season and already have little room for error as they trail Barcelona by two points at the top of the table.

"I wouldn't say it is an acid test, but they are difficult opponents. Real Madrid lost there last year and it will be important to be concentrated and play with as much intensity as they do," added Benitez.

"It is a game that could allow us to grow in confidence."

The injuries have forced Benitez into using the big squad at his disposal earlier than planned this season, but he insisted the one man that won't be rotated is Cristiano Ronaldo as he closes in on becoming the club's all-time leading goalscorer.

"We have one player who is unquestionable and that is Cristiano," said Benitez.

"I speak with Bale in English and he understands what we have to do is be competitive and win. To manage a group with so many good players isn't easy, but in my conversations with them they know that Cristiano scores 40 or 50 goals a season and that makes the difference."

Comments
Topics mentioned in this article
Sergio Ramos Real Madrid Athletic Bilbao Shakhtar Donetsk Football
Get the latest Cricket news, check out the India cricket schedule, Cricket live score . Like us on Facebook or follow us on Twitter for more sports updates. You can also download the NDTV Cricket app for Android or iOS.