Sergio Busquets said on Monday he was still in a "state of shock" after Lionel Messi's departure as Barcelona prepare to start their first Champions League without the Argentinian since 2003. 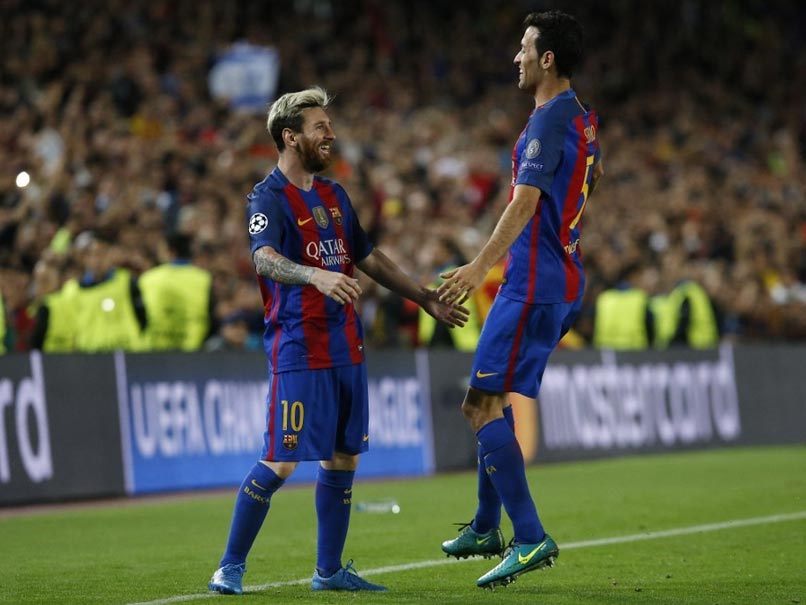 Sergio Busquets said on Monday he was still in a "state of shock" after Lionel Messi's departure as Barcelona prepare to start their first Champions League without the Argentinian since 2003. Barca face Bayern Munich at Camp Nou in Group E on Tuesday and will begin the competition as outsiders following a traumatic summer transfer window. Facing debts of more than a billion euros, the club let go 11 players, including Messi, who joined Paris Saint-Germain after being told his contract could not be renewed.

"I felt like everyone else, I was in a state of shock, because of what Leo means for Barca and what he means personally to me and our families," Busquets said in a press conference.

"I had emotions that were difficult to manage. But these are hard decisions that are not up to us and now we have to change the mindset."

Busquets said Barcelona are beginning a "new era" without Messi and pointed to Chelsea's surprise success last season as evidence of what is possible in the Champions League. "We are very ambitious," Busquets said.

The 33-year-old also leant his support to Barcelona coach Ronald Koeman, whose future has again come under scrutiny after comments he made in the Dutch media last week.

Koeman said a lack of clarity over his future was "not pleasant" and accused the club's president Joan Laporta of "speaking too much" for "suggesting the coach doesn't have all the power".

Barcelona take on Bayern for the first time since their humilating 8-2 defeat by the German champions in August 2020, after which Gerard Pique said the club "needed changes from top to bottom".

"Several players suffered that night," said Koeman. "It is something to take into account because now we have the chance to change it."