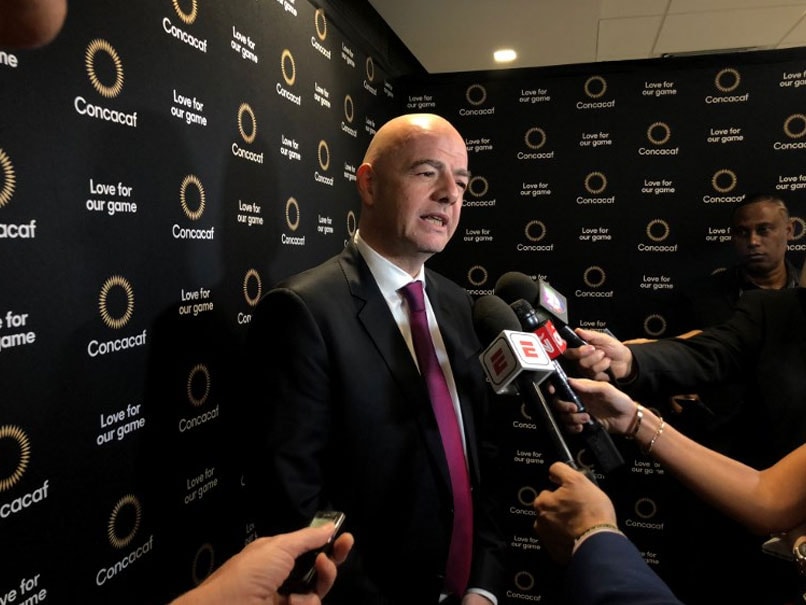 Former FIFA president Sepp Blatter called for an investigation into his successor Gianni Infantino, after Switzerland's Attorney General admitted meeting the current boss of world football's governing body. The attorney general, Michael Lauber, told journalists earlier on Wednesday that his meetings with current FIFA boss Infantino were "normal and regular, especially in complex cases". The Football Leaks website alleges that Infantino offered favours to a senior Swiss prosecutor, Rinaldo Arnold, in a bid to foster a relationship with Lauber, possibly to obtain privileged information about the FIFA probe.

Lauber added that his office was disclosing the meetings for the sake of "transparency".

According to Football Leaks, the informal meetings occurred in the spring of 2016, a few months after Infantino took charge of FIFA and vowed to restore its credibility, which had been shaken by the corruption-plagued 17-year leadership of Blatter.

The body that oversees Lauber's office, known as the AS-MPC, told AFP on Wednesday that while Lauber was not under investigation, it was examining the propriety of the meetings between Infantino and the attorney general.

Blatter reacted to Wednesday's news by telling AFP: "The FIFA Ethics Committee... must do something and open an investigation into Mr Infantino.

"Where is the transparency preached by Mr Infantino during his election? He should report himself to the Ethics Committee to show that he is transparent."

Blatter added: "Infantino met Mr Lauber several times, whereas I have been questioned by him just once since a procedure against me was opened in September 2015."

Switzerland has pursued some 25 individual cases since a raid on a luxury hotel in Zurich in May 2015 led to the arrests of a number of FIFA executives and exposed the corrupt underbelly of world football.

In addition to Blatter, the high-profile targets of Swiss investigators include FIFA's former secretary general Jerome Valcke and Nasser Al-Khelaifi, the powerful Qatari national and media executive who is the president of French giants Paris Saint-Germain.

None of the Swiss cases have moved to trial, but Lauber rejected criticism that his office was working slowly, noting that several could be closed next year or referred to court.

In a separate case, Lauber's spokesman has become the target of a grievance filed by former UEFA chief and French football great Michel Platini.

Platini was implicated in the Blatter probe over a questionable payment the Frenchman received from FIFA, but he was never named in a criminal allegation.

Solari said he had filed an "administrative complaint" against Marty with the oversight body AS-MPC.