The Blue Tigresses were dominant almost throughout, not much willing to part ways with the ball 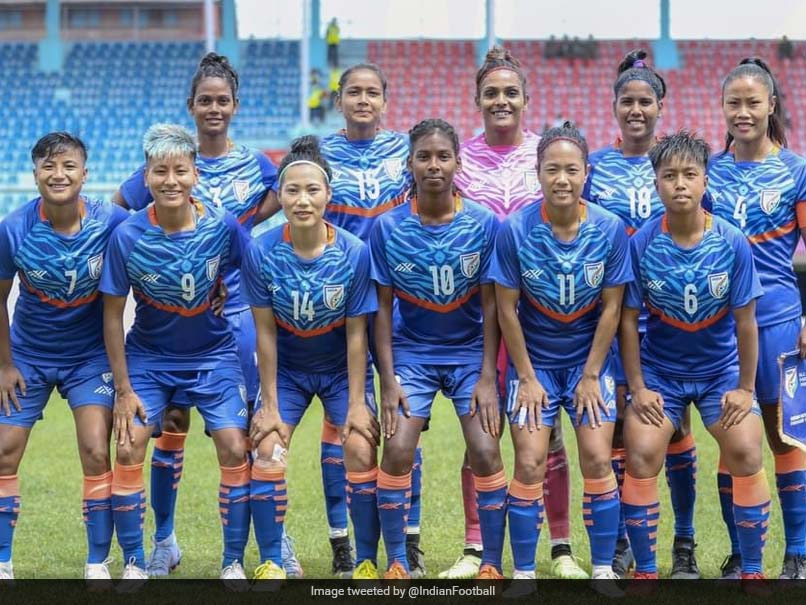 Defending champions India blanked Pakistan 3-0 to make a winning start to their campaign at the SAFF Women's Championship at the Dasarath Stadium in Kathmandu here on Wednesday. The win extended India's unbeaten run to 27 matches in the Championship. An own goal from rival captain Maria Jamil Khan, and an opportunistic strike from Dangmei Grace in the first-half effectively settled the issue in favour of India. A late goal from Soumya Gaguloth completed the rout in added time.

The Blue Tigresses were dominant almost throughout, not much willing to part ways with the ball. They preferred to stretch it through the flanks, and Anu Tamang was omnipresent in the middle, essaying it to the strikers upfront with her defence splitting passes.

However, despite the domination, the first goal that came India's way in the 15th minute was a rather lucky one -- an own goal from rival captain Maria Jamila Khan.

Sandhiya, operating down the left, sent in a cross which goalkeeper Syeda Mahapara Shahid Bukhari managed to get a hand to while diving to her left. The rebound hit onrushing Maria's leg and rolled into the net.

The second goal, nevertheless, came straight out of the drawing board. Collecting the ball just outside the box, Anju, caught in between a jungle of legs, set it up for an unmarked Dangmei Grace with her left foot.

Grateful, Grace received it, and slipped it between Syeda and the near post to give India a 2-0 lead.

India came close to adding another in the 29th minute, but even as Ranjana's left footer beat Syeda under the bar, it hit the post.

Changing over, India earned their first corner in the 55th minute. Off the counter, Pakistan earned a free-kick outside the Indian box, but Indian goalkeeper Aditi Chauhan collected Maria's shot with effortless ease.

With the Indians pressing hard, Pakistan were not able to break the shackles and go all out into attack. Instead, they preferred to stay back and defend, with Zulfia Nazir waiting upfront around the centre circle.

But the Blue Tigresses weren't much able to make use of the series of corners earned all throughout.

In the 74rd minute, Sandhiya evaded her marker and laid it for Anju to have a crack at the goal. But the rival defence recovered faster, denying Anju to have a look.

Four minutes later, Anju was quicker to reach for the ball over Maria inside the box. But her snap left-footer narrowly missed the target.

Soumya made it 3-0 in added time, clinically finishing Ranjana's cross from the left. India next play Maldives on September 10.