SAFF Championship Final: India will be without star defender Subhashish Bose in the title clash against Nepal on Saturday. 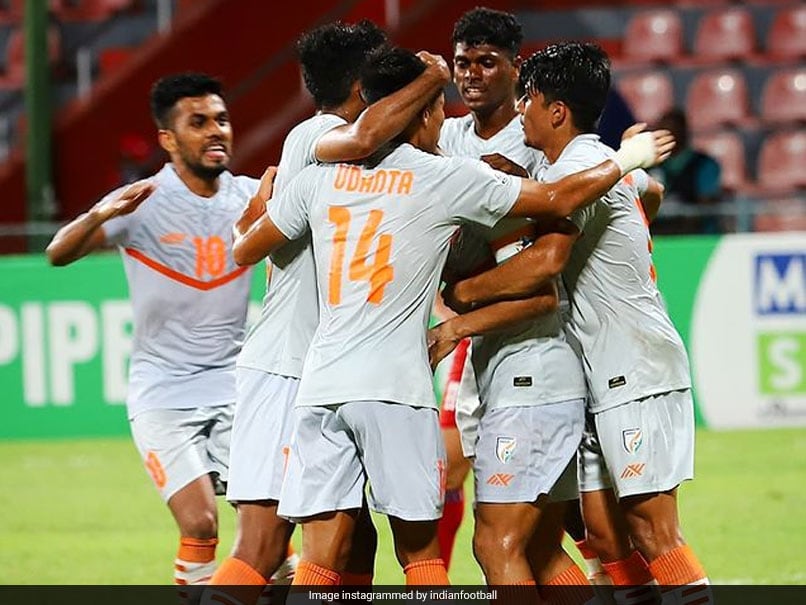 Having endured a topsy-turvy beginning to their campaign before a fine turnaround, seven-time champions India will start as title favourites when they take on first-time finalists Nepal in the summit clash of the SAFF Championship on Saturday. The final will be the 12th for India in 13 editions which shows the domination of the Blue Tigers in this regional tournament. The third-place finish in 2003 was the worst performance for them. A win against Nepal will also be head coach Igor Stimac's first trophy after taking charge of the Indian team in 2019. Should the team come good, he will become the sixth coach to win the SAFF Championships title and third foreigner after Jiri Pesek (1993) and Stephen Constantine (2015).

India drew against Bangladesh and Sri Lanka in their first two matches which had put them in danger of missing the final but the win against Nepal brought them back in the reckoning.

The 3-1 outplaying of hosts Maldives, thanks to a double strike from talisman Sunil Chhetri, sealed India's place in the final.

The frayed nerves before the must-win Maldives match are no longer there after a dominant win over the defending and two-time champions, who were considered the toughest opponents in the region but the job is not yet done.

Nepal, ranked 61 places below India at 168th, have shown that they are no pushovers in this tournament and it needed a late goal (82nd minute) from Chhetri for India to beat them in the round-robin match. They have beaten Maldives while drawing with Bangladesh.

India will, however, have the psychological advantage over the Himalayan country as historical or recent statistics will show that Stimac's side is the clear favourites to lift the title yet again.

In the three matches played between the two sides so far this year, India won twice and drew once.

Before the SAFF Championships, India played two international friendlies against Nepal in Kathmandu last month, drawing one (1-1) and winning the other (2-1).

But Chhetri would not want any complacency from his team-mates. He had urged them to be on their toes, terming Nepal as the "best team that plays as a team" in this tournament.

"They (Nepal) may not have an extraordinary player in their ranks like Ali Ashfaq (of Maldives). But as far as attacking and defending are concerned, they do it as a team. They have been the best team that plays as a team in this Championship - they fight as a team," Chhetri said.

"We have played them thrice since September and they are extremely compact as a team and it's not going to be easy. The job is not yet done," said Chhetri who has now gone past legendary Pele in terms of number of international goals scored with 79 strikes from 124 matches.

"But we have become better and better as games have gone by, and in the final we have to be at our best. We pulled our socks up after the first two games and now it is time to finish the job."

Out of the five goals, India has scored so far, Chhetri's share is four but Manvir Singh''s strike against Maldives - after Stimac's comments that one player should not be scoring goals all the time - should ease some pressure for the 37-year-old warhorse.

Defenders have improved after letting in a late goal against a 10-man Bangladesh in the first match. But Subhashish Bose, described the best performer along with Rahul Bheke among the seniors by Chhetri, will be missed in the final after a red card (due to double booking) against Maldives. The match starts at 8:30pm IST.

India Sunil Chhetri Football
Get the latest updates on IND vs NZ 2021, check out the Schedule and Live Score . Like us on Facebook or follow us on Twitter for more sports updates. You can also download the NDTV Cricket app for Android or iOS.