Danny Welbeck has not played since April due to a knee injury, while Daniel Sturridge have only 15 Liverpool starts since the beginning of last season, due to various injuries. 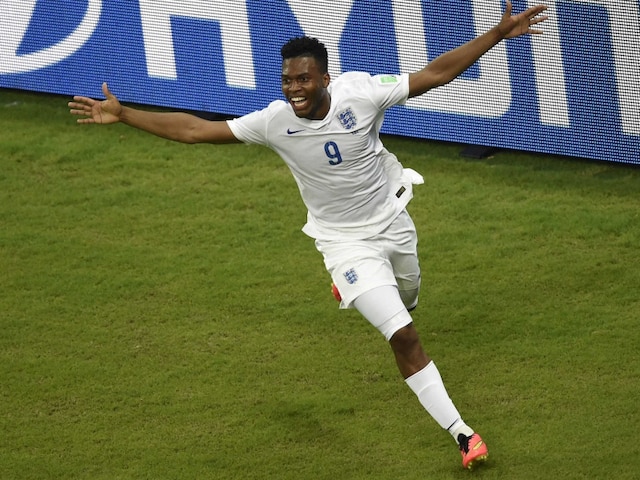 Daniel Sturridge is struggling to be fit for 2016 Euro.© AFP
London:

England manager Roy Hodgson has warned Daniel Sturridge and Danny Welbeck they must prove their fitness if they are to be included in his squad for next year's European Championship. (Read more football stories here)

Arsenal striker Welbeck has not played since April due to a knee injury, while a succession of thigh, calf, hip and knee problems has restricted Sturridge to 15 Liverpool starts since the beginning of last season.

Welbeck, 24, began England's Euro 2016 qualifying campaign up front alongside Wayne Rooney and Sturridge, 26, has started regularly when fit, but with Harry Kane and Jamie Vardy having both emerged over the course of the last 12 months, the England manager is not short of alternatives.

"If you want a philosophy, I wouldn't be happy to really take players with us in the hope that they will become fit during the tournament," Hodgson told journalists at Wembley this week.

"I would rather have 23 players who are all fit and ready to go and capable of playing from the very first minute when I name the squad."

Hodgson nonetheless remains hopeful that both Welbeck and Sturridge will have enough games under their belts to be legitimate candidates for selection by the time he reveals his 23-man squad for the tournament.

Sturridge is closing in on a return to action after taking a knock to the knee in training last month, while Arsenal manager Arsene Wenger has predicted that Welbeck will make his comeback around Christmas.

"They must be devastated to have lost so much football, but who knows what it's going to bring?" Hodgson said.

"We hope they're going to be back. Daniel before Danny. We know Danny will be back in the New Year. Maybe a break from football will have done him some good."

"We can only hope that we get them back and they come back in the form that they were in when we got to know them so well and got to belive in them so well.

"In the meantime, hopefully the competition for places will be cranked up by the guys I'm using now. Because there wasn't a Kane and a Vardy and a (Danny) Ings in contention in the same way as regulars in the team."

Rooney remains England's attacking fulcrum and despite criticism from fans and media pundits after some sluggish recent displays for Manchester United, Hodgson refuses to be swayed by outside opinions.

"I don't care what flak he takes," said Hodgson, whose side face Spain in a friendly in Alicante on Friday before tackling Euro 2016 hosts France at Wembley the following Tuesday.

"I made Wayne Rooney captain and I made him captain for a reason. I've got to pick players that win games and I'll continue to pick Wayne all the time I think he's the right man to help us win games.

"Let's hope that continues for a long time."

Hodgson also revealed that he will attempt to arrange a mid-season get-together for his players, to bridge the gap between their November and March fixtures, despite having failed with a similar initiative last season due to opposition from some Premier League clubs.

Comments
Topics mentioned in this article
England Danny Welbeck Football
Get the latest Cricket news, check out the India cricket schedule, Cricket live score . Like us on Facebook or follow us on Twitter for more sports updates. You can also download the NDTV Cricket app for Android or iOS.