Roberto Mancini had taken over as coach of the Turkish club Galatasaray towards the end of September 2013 after being sacked by English Premier League club Manchester City. 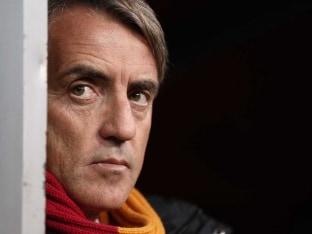 "Our club has decided to end, at his request, Roberto Mancini's coaching contract," the club said in a statement. "We sincerely thank him for the work he achieved and wish him well in his future mission."

Mancini, 49, arrived in Istanbul at the end of September on a three-year deal after being sacked by English Premier League side Manchester City in May 2013.

Galatasary, the 2013 Turkish champions, finished second in the Turkish league, nine points behind fierce city rivals Fenerbahce, but won the Turkish Cup and were beaten by Chelsea in the last 16 of the Champions League.

Mancini was sacked by Manchester City a year to the day after leading the club to the English Premier League title.

He had been touted as a possible replacement for another Italian, Claudio Ranieri, at French club Monaco, before the appointment of Portuguese coach Leonardo Jardim.