Amiens were relegated from Ligue 1 as the second-bottom team after the final table was decided based on points per game, with 10 scheduled rounds of matches remaining. 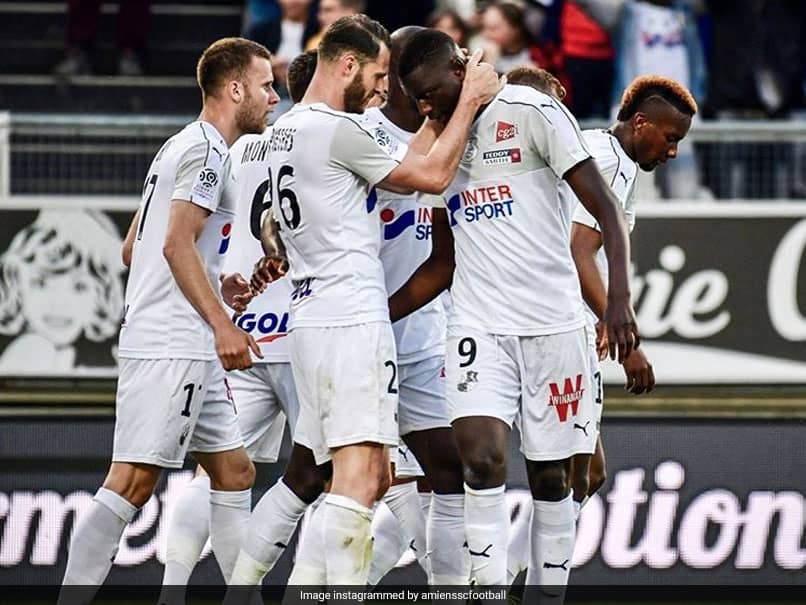 Relegated Amiens on Tuesday joined Lyon in telling AFP that they will challenge the decision to end the Ligue 1 season early before the Council of State, France's highest administrative court. The club oppose the April 30 decision by the French Football League (LFP) to end the season due to the coronavirus pandemic, after the government said sports leagues could not resume until September at the earliest.

Amiens were relegated from Ligue 1 as the second-bottom team after the final table was decided based on points per game, with 10 scheduled rounds of matches remaining.

"Amiens are still fighting against this decision which we find unfair, incoherent and unfounded," Amiens president Bernard Joannin told AFP.

"The LFP board of directors has pronounced an arbitrary relegation of our club."

Lyon, who missed out on qualification for the Europa League after finishing seventh, said on Monday that they would also appeal at the Council of State.

Lyon president Jean-Michel Aulas also wrote a letter Monday to France's prime minister and sports minister urging them to reconsider the decision to end the season, with the government expected to announce next week a further easing of the lockdown.

On Tuesday, six Senators for the opposition Republican party tabled an amendment to Emmanuel Macron's government's latest emergency bill which would allow French sports leagues to resume their seasons if passed.