Karim Benzema is to face trial for attempted blackmail in a case linked to a sex tape featuring his former France teammate Mathieu Valbuena. 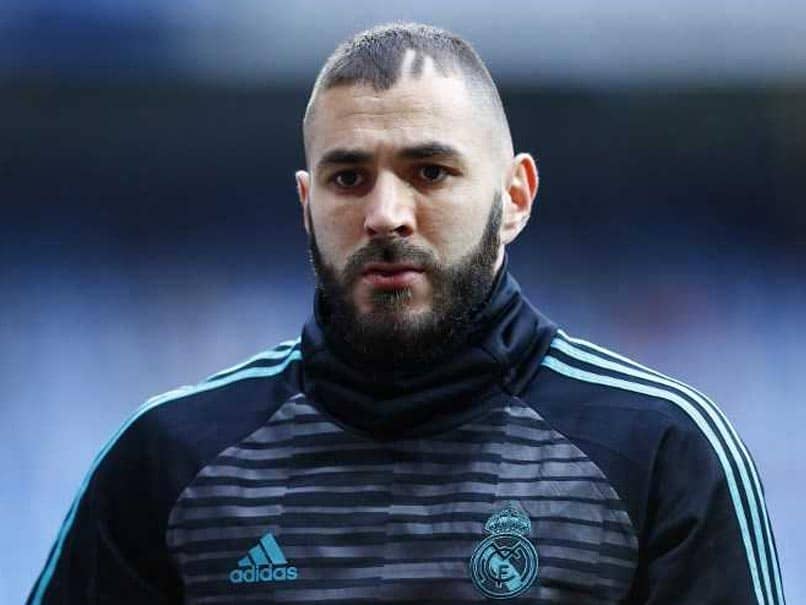 Karim Benzema has argued that a police officer used dishonest methods to draw him into the affair.© AFP

Real Madrid forward Karim Benzema is to face trial for complicity in an attempt to blackmail in a case linked to a sex tape featuring his former France teammate Mathieu Valbuena, French prosecutors said Thursday. Benzema, 33, made 81 international appearances but has not been selected for his country since the affair came to light in 2015. He is accused of involvement in a plot to extort money from Valbuena by threatening to make the video public. Four other men will also stand trial.

Benzema argues that a police officer used dishonest methods to draw him into the affair.

Valbuena, who was selected 52 times for France and now plays for Greek club Olympiakos, received a call from a blackmailer who threatened to release the video, and contacted the police.

Benzema has scored 261 goals for Real since joining the Spanish giants in 2009 and has been a key part of the team that has won the Champions League six times since then.

He and Valbuena were international teammates at the time of the affair and were in the France squad for the 2014 World Cup finals in Brazil.

But neither player was selected by coach Didier Deschamps for the Euro 2016 finals on home soil in which France were beaten in the final by Portugal.

They were also left in the cold when France won the 2018 World Cup in Russia with younger players, led by Paris Saint-Germain's Kylian Mbappe, forming the France attack.

Benzema's lawyer Sylvain Cormier said he was not surprised the matter was going to trial, but said the decision was "as absurd as it was predictable".

France Football
Get the latest updates on India vs England Series, India vs England , live score and IPL 2021 Auction . Like us on Facebook or follow us on Twitter for more sports updates. You can also download the NDTV Cricket app for Android or iOS.