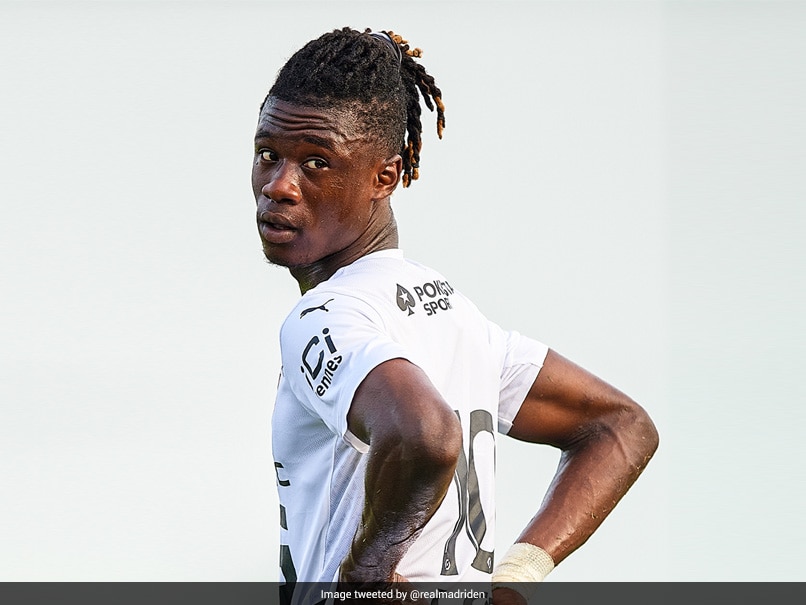 Real Madrid have signed France midfield prodigy Eduardo Camavinga from Rennes just before the European transfer deadline on Tuesday, the two clubs confirmed. While Real have been trying to sign Kylian Mbappe from Paris Saint-Germain, it is another exciting French talent who is heading to the Spanish capital. Camavinga, who is 18 and has been capped three times by France, has signed a six-year deal at the Santiago Bernabeu. "Real Madrid C.F. and Stade Rennais F.C. have reached an agreement over the transfer of Eduardo Camavinga, who joins the club on a six-year deal, until 30 June 2027," said a statement on the Madrid website.

No fee has been published but according to media reports, Real have agreed to pay 31 million euros ($36.6m) plus nine million more in add-ons for a player who was in the final year of his contract in Brittany.

Camavinga, who was born in Angola, joined the Rennes academy in 2011, turning professional when he was 16.

Last September, aged 17, he made his France debut as a substitute in a 4-2 win against Croatia in the UEFA Nations League, becoming the youngest player in the national team since Maurice Gastiger in 1914.

A month later he made his first start for the national team and scored his first goal in a 7-1 win over Ukraine.

Real Madrid Eduardo Camavinga Football
Get the latest updates on ICC T20 Worldcup 2022 and CWG 2022 check out the Schedule, Live Score and Medals Tally. Like us on Facebook or follow us on Twitter for more sports updates. You can also download the NDTV Cricket app for Android or iOS.