Zinedine Zidane's preparations for the new season have also been overshadowed by the saga of Gareth Bale's future at the club. 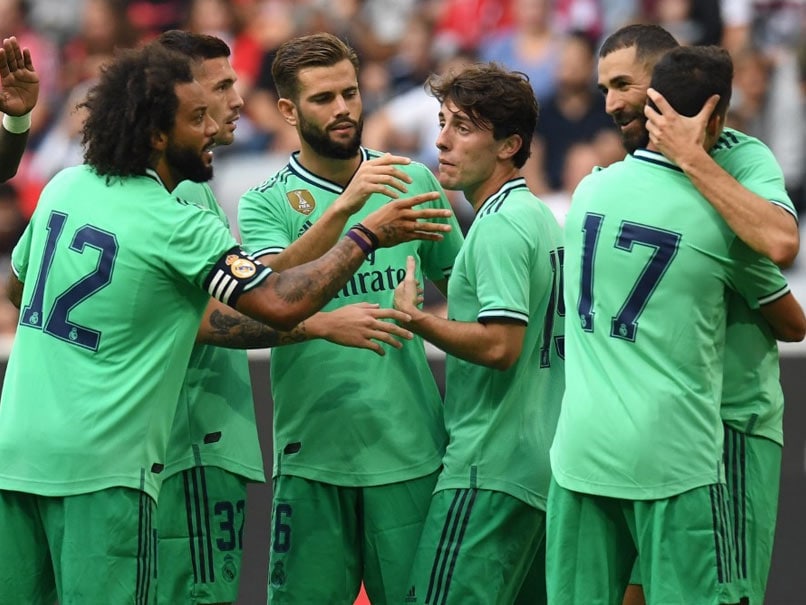 French striker Karim Benzema scored a hat-trick as Real Madrid defeated Fenerbahce 5-3 in a pre-season friendly on Wednesday which temporarily lifted the summer gloom which has engulfed the Spanish giants and coach Zinedine Zidane. However, problems remain for Real as they have now conceded 16 goals in just five friendly matches.

They faced their Turkish opponents having been defeated by Tottenham 1-0 on Tuesday in the first match of a four-team event which also features German champions Bayern Munich.

"We are going to find the solutions, we are going to work. I stand by my players and I know that we are going to make progress and that we will have a very good season," said Zidane whose team had been left bruised by a humiliating 7-3 defeat by city rivals Atletico in a friendly in the United States last week.

"Nobody likes conceding three goals but we have scored five. For us, this is a positive victory."

Zidane's preparations for the new season have also been overshadowed by the saga of Gareth Bale's future at the club.

The Welsh star was left out of the Spanish side's squad for the two matches in Munich after his planned transfer to Chinese side Jiangsu Suning, who had offered the Welshman a three-year-deal worth 1 million euros ($1.1 million) a week, broke down.

Benzema said the humilation at the hands of Atletico was a thing of the past and that the crucial date will be the weekend of August 17 when the new La Liga season starts.

"The criticisms after the match against Atletico were normal. It was only a friendly but you cannot concede seven goals," said the French striker.

"However, it's no longer on my mind."

In the final of the tournament, Tottenham claimed the trophy 3-2 in a penalty shoot-out win over Bayern after the game had ended 2-2.

Eric Lamela and Christian Eriksen had put Spurs 2-0 up ahead before 19-year-old Jann-Fiete Arp, signed in the summer from Hamburg, and Alphonso Davis, just 18, pulled the German giants level with second-half strikes.

Real Madrid Football
Get the latest updates on ICC T20 Worldcup 2022 and CWG 2022 check out the Schedule, Live Score and Medals Tally. Like us on Facebook or follow us on Twitter for more sports updates. You can also download the NDTV Cricket app for Android or iOS.