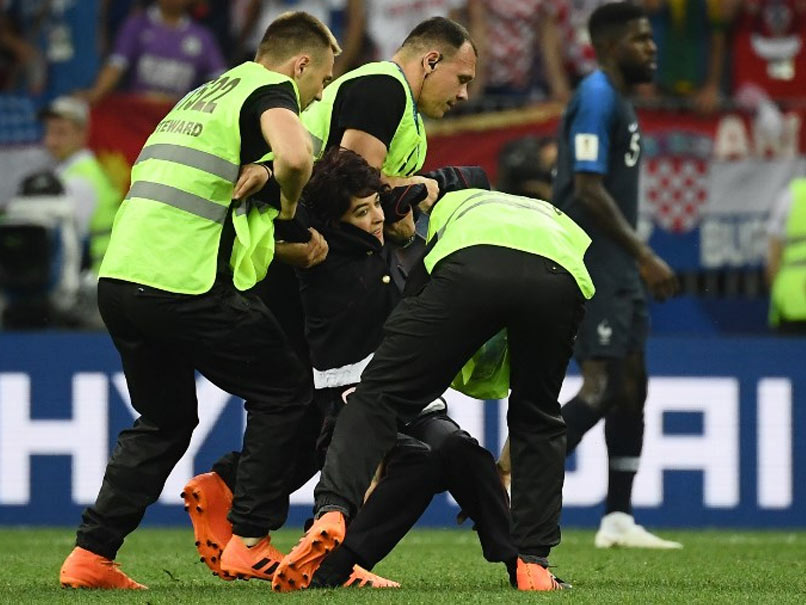 A Russian court on Monday threw out appeals by Pussy Riot punk group members after they were sentenced to brief jail terms for invading the pitch at the World Cup final. The Moscow City Court upheld their 15-day sentences in police cells for breaching rules for spectators. "I consider the punishment lawful and well-founded," said Judge Sergei Misyura in comments carried by RIA Novosti news agency. The activists -- Veronika Nikulshina, Olga Kuracheva, Olga Pakhtusova and Pyotr Verzilov -- were found guilty last week after their brief invasion dressed in police uniforms at the final between France and Croatia at Moscow's Luzhniki stadium on 15 July.

The activists said the protest, accompanied by a statement and video, was aimed at highlighting abuses by Russian police.

Their stunt was watched by Russian President Vladimir Putin and French counterpart Emmanuel Macron as well as millions of viewers around the world.

They face a separate hearing on Tuesday for the unlawful wearing of police uniforms, punishable by a small fine.

Pussy Riot swept to global fame in 2012 when three of the punk collective's members were arrested for performing an anti-Putin protest song in a central Moscow church.

Two, Maria Alyokhina and Nadezhda Tolokonnikova, served jail terms, while one other, Yekaterina Samutsevich, had her sentence suspended on appeal.

Alyokhina on Monday lost a libel case against her and Russia's Sobesednik magazine launched by the penal colony where she was held. It concerned claims she made in an article about poor working conditions and wages for prisoners, Interfax news agency reported.