Mesut Ozil announced his retirement from international duty in a statement, which accused Grindel of racism. 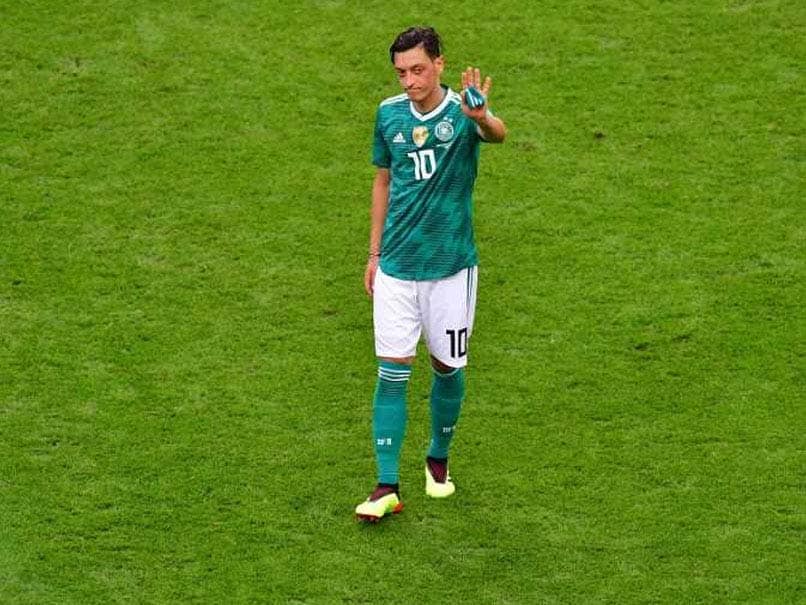 Mesut Ozil announced his retirement from international duty in a statement.© AFP

The German Football Association (DFB) on Monday rejected claims of racism against their president Reinhard Grindel made by Mesut Ozil in his announcement that he has retired from international football. "We reject the notion that the DFB is associated with racism," read a statement. "The DFB stands for diversity, from the representatives at the top to the boundless, day-to-day dedication of people at the base." On Sunday, Ozil announced his retirement from international duty in a statement, which accused Grindel of racism, when he broke his silence over his controversial meeting with Turkish President Recep Tayyip Erdogan in May.

"In the eyes of Grindel and his supporters, I am German when we win, but I am an immigrant when we lose," wrote Ozil, a 2014 World Cup winner, who accused Grindel of failing to side with him against his critics.

The DFB said they regretted Ozil's decision to quit international football, but firmly rejected his accusations against Grindel.

"The DFB is very grateful to Mesut Ozil for his outstanding performance in the jersey of the German national teams," continued the statement.

"It is regrettable that Mesut Ozil felt that he had not been sufficiently protected as a target of racist slogans.

"But it was important that Mesut Ozil, like Ilkay Gundogan before him, gives answers to the photo (with Erdogan).

"In the DFB, we win and lose together, as a team.

"The DFB would have been happy if Mesut Ozil had wanted to remain part of the team on this shared basis. He decided otherwise."

Germany Mesut Ozil Football
Get the latest updates on SA vs IND 2021-22, check out the Schedule and Live Score . Like us on Facebook or follow us on Twitter for more sports updates. You can also download the NDTV Cricket app for Android or iOS.