In Football-Crazy Meghalaya, A Baby League Is Making It Big

The baby league is the brainchild of the All Indian Football Federation (AIFF), aimed to create competitive football eco systems at the grassroots. 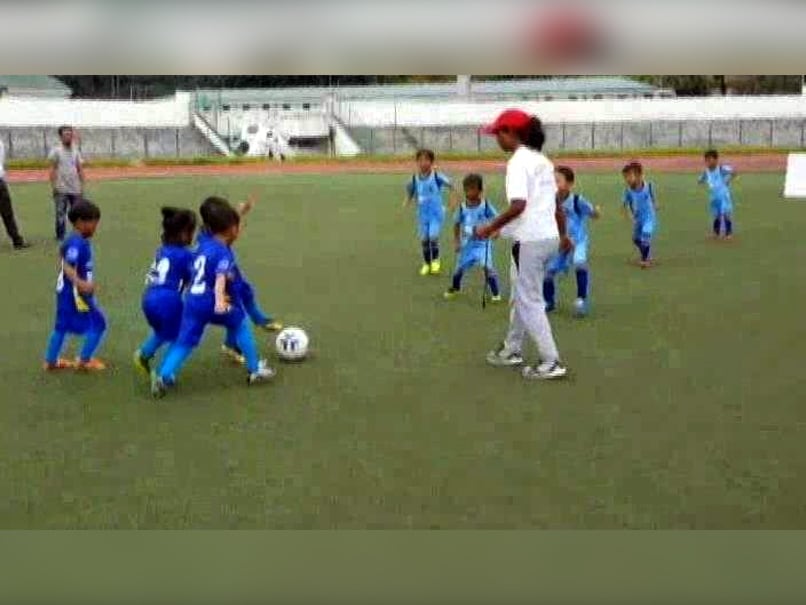 The baby league is the brainchild of the All Indian Football Federation (AIFF).© NDTV

Five-year-old Aime Sadaka dreams of becoming a footballer like Lionel Messi and she is taking more than baby steps in realising her dream with a little help from her mother who helps her get ready in her football gear every weekend at the Jawaharlal Nehru stadium in Shillong to take part in what is being pegged as - India's first ever Baby FootballLeague.

"Parents are very enthusiastic about the baby league, most important in today's world where there isn't any playing space left in the houses. So we bring them here, this keeps them physically fit as well," Badasikha Umwi, Aime's mother told NDTV.

The baby league is the brainchild of the All Indian Football Federation (AIFF), aimed to create competitive football eco systems at the grassroots. In this league, there are 12 teams that have players between the age of 4 to 13 years and each team has to have at least 10 percent female players as well.

"The objective is to create a template to roll out a national grassroots football development plan and this is the key focus for football going forward in India and the thrust is on grassroots engagement" said Larsing M Sawyan, President, Meghalaya Football Association.

The action on the field is non-stop and some of it is pretty skillful as well. Each match lasts between 20 minutes to 50 minutes, depending on the age of the footballers.

Each team will end up playing more than 40 games, much more than even in the high-profile Indian Super League (ISL) and I-League.

"The baby league was the need of the hour. All this while we have been spotting talent at mainly under-15 level and thus many talent are lost. Now with this league format, players will come to limelight from 4 years and till 13 years they will get to graduate in this format," said Subir Dey, a noted coach from Shillong who has been working at grassroot football development.

And the exposure to internet and television is making sure the tiny tots are aspiring.

"I want to be famous, come on TV, play international football," a 7-year-old Lawan said with full confidence. This sprig is catching up as even a 2-year-old kid - Johnson, come to play every weekend, waiting to be part of the action.

If India need to climb up the ladder in the arena of world football, the key is to train the young and this baby football league is setting the right tone for India to find its very own Messis and Ronaldos.