Arsenal failed to qualify for the Champions League for the first time in 20 years after Manchester City and Liverpool wrapped up the remaining top four places on the final day of the Premier League season. 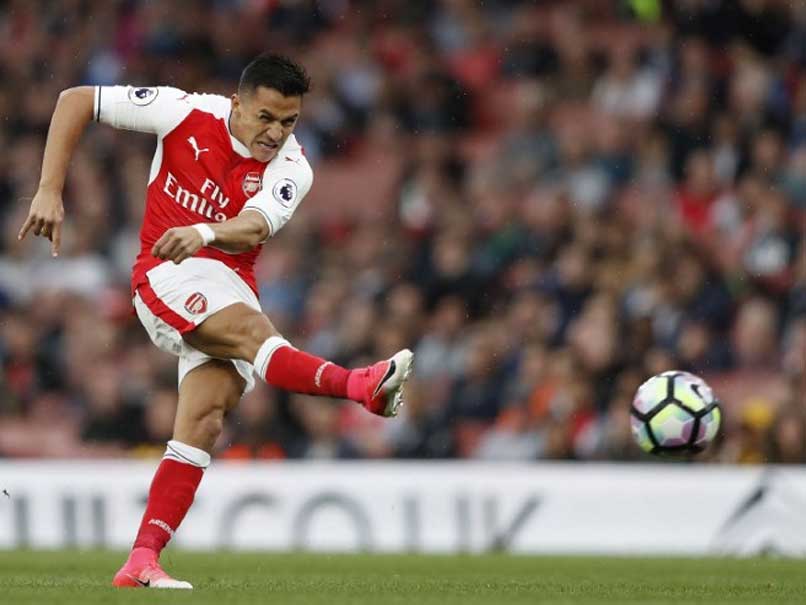 Arsene Wenger's torrid year reached a calamitous climax as Arsenalfailed to qualify for the Champions League for the first time in 20 years after Manchester City and Liverpool wrapped up the remaining top four places on the final day of the Premier League season. Wenger's side won 3-1 against Everton, but Liverpool's 3-0 victory over Middlesbrough and Manchester City's 5-0 demolition of Watford pushed Arsenal out of Europe's elite. After reaching the Champions League for the last 19 seasons, Arsenal will spend next term trekking around the unglamourous outposts of the Europa League.

That indignity will cost Arsenal an estimated £50 million ($65 million) in revenue and increase the pressure on Gunners boss Wenger, who has endured a miserable season filled with fan protests and calls for his resignation.

The Frenchman, who has yet to reveal if he will sign a new contract to extend his 21-year reign, could still finish the season with silverware as Arsenal face Chelsea in the FA Cup final next Saturday.

But even that won't be enough to quell the mutinous atmosphere among Arsenal supporters who believe Wenger has lost his edge.

"It's frustrating," Wenger said. "We did the job until the end.

"Our points total is decent if you look at it over the years."

Hector Bellerin put Arsenal ahead in the eighth minute, but when Laurent Koscielny was sent off six minutes later for a reckless challenge on Enner Valencia, Wenger must have feared the worst.

Alexis Sanchez increased Arsenal's advantage in the 27th minute, but by the time Everton's Romelu Lukaku reduced the deficit with a 58th minute penalty, it was already clear results elsewhere had conspired against Wenger.

Aaron Ramsey got Arsenal's third, but his team were condemned to finishing fifth because Liverpool eased into the Champions League for the first time since 2014-15.

Georginio Wijnaldum put Liverpool ahead in first half stoppage-time, Philippe Coutinho struck in the 51st minute and Adam Lallana got the third five minutes later.

Liverpool finish fourth and will enter the Champions League play-off round next season as they look to make the group stages.

"It's a big relief. A club like Liverpool needs to be in the Champions League," Reds boss Jurgen Klopp said.

Vincent Kompany headed home in the fifth minute and Sergio Aguero doubled the lead in the 23rd minute.

Aguero scored his 33rd goal of the season in all competitions nine minutes before half-time, while Fernandinho and Gabriel Jesus also struck for City.

"We were under a lot of pressure. We are so glad to be third," City manager Pep Guardiola said.

Harry Kane finished as the Premier League's leading scorer for the second successive year as the Tottenham striker's hat-trick took him to 29 goals and inspired a 7-1 win at Hull.

Kane, who scored four in a 6-1 win at Leicester on Thursday, completed his treble in the 72nd minute and Tottenham made it an astonishing 13 goals in two games thanks to late efforts from Ben Davies and Toby Alderweireld.

John Terry was given an emotional send-off as champions Chelsea beat Sunderland 5-1 before hoisting the Premier League trophy.

Terry captained Chelsea on his farewell appearance at Stamford Bridge ahead of his post-season departure.

Blues boss Antonio Conte paid a fitting tribute to Terry, taking him off in the 26th minute -- matching his shirt number -- and Chelsea's players formed a guard of honour as he walked off to a standing ovation by the capacity crowd.

Jose Mourinho named Manchester United's youngest ever Premier League starting line-up, with an average age of 22 years and 284 days, and the kids rose to the occasion with a 2-0 win over Crystal Palace at Old Trafford.

With United due to face Ajax in the Europa League final on Wednesday, Mourinho made no attempt to conceal his desire to keep his key players fresh for the Stockholm showpiece.

United must win the Europa League to qualify for next season's Champions League.

Josh Harrop showed no signs of being overawed as the 21-year-old English midfielder put United ahead with a solo effort in the 15th minute.

Paul Pogba, back in the team after the death of his father, added United's second goal in the 19th minute.

Comments
Topics mentioned in this article
Arsenal Manchester City Liverpool Middlesbrough Chelsea Sunderland Sanchez Ming Alexis Sánchez Paul Pogba English Premier League Football
Get the latest updates on SA vs IND 2021-22, check out the Schedule and Live Score . Like us on Facebook or follow us on Twitter for more sports updates. You can also download the NDTV Cricket app for Android or iOS.