Eric Harrison was diagnosed with dementia four years ago. 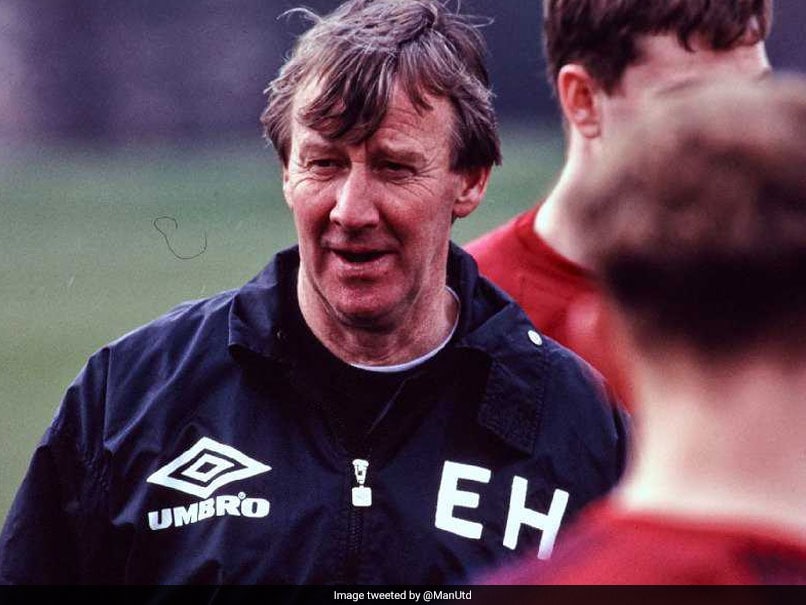 Eric Harrison, the former youth team coach of Manchester United's 'Class of 92', which included David Beckham and Ryan Giggs, has died aged 81, the club announced on Thursday. Harrison, who helped forge the fledgling careers of Beckham, Giggs, Nicky Butt, Paul Scholes and Gary and Phil Neville, was diagnosed with dementia four years ago. Appointed by the then United manager Ron Atkinson in 1981, Harrison mentored a number of other high-profile youngsters, including Mark Hughes and Norman Whiteside. His greatest success came under Alex Ferguson with the 'Class of 92' players forming the backbone of United's treble-winning side of 1999.

His decline was such he was too ill to travel to London last year to receive an award from the queen.

"Manchester United is extremely saddened to report our former youth coach Eric Harrison passed away on Wednesday. He was 81," the club said in a statement.

"We've lost our mentor, our coach and the man who made us," Gary Neville tweeted.

"He taught us how to play, how to never give up, how important it was to win your individual battles and what we needed to do to play for Manchester United Football Club. Eric we owe you everything."

"He was always watching and always with us every time we played. I can still hear him telling me NO MORE HOLLYWOOD PASSES," he wrote on Instagram.

"I can still see him as we played on The Cliff training ground looking down on us either with a proud smile or a loud bang of his fist on the window knowing any minute he would be on his way down to probably advise me in the most polite way to stop playing those passes.

"More importantly he made us understand how to work hard and respect each other and not just on the pitch. We won't forget the life lessons he gave us.

"Eric we love you and owe you everything. Gary, Phil, Ryan, Paul, Nicky and David."

Ferguson, who decided to retain Harrison's services when he replaced Atkinson in 1986, said Harrison was one of the "greatest coaches of our time" who had "built character and determination".

"On a personal level Eric had a wicked, dry sense of humour and was straight-talking and I admired that in him," said Ferguson.

Manchester United Football
Get the latest updates on IPL 2021, check out the IPL 2021 Schedule and Indian Premier League Live Score . Like us on Facebook or follow us on Twitter for more sports updates. You can also download the NDTV Cricket app for Android or iOS.