Oxlade-Chamberlain is believed to have turned down a new contract offer from Arsenal and an approach from champions Chelsea, both of whom were reported to have offered him higher wages than Liverpool. 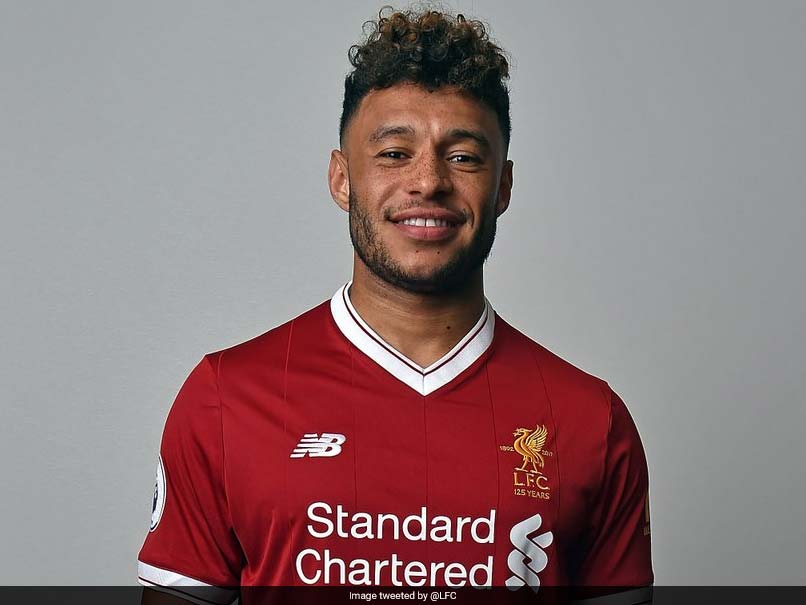 Liverpool did not disclose the transfer fee for Alex Oxlade-Chamberlain.

England international Alex Oxlade-Chamberlain has joined Liverpool from Premier League rivals Arsenal, his new club announced on Thursday. Liverpool did not disclose the transfer fee, but they are believed to have paid £35 million ($45.1 million, 37.9 million euros) for the midfielder's services. Liverpool said the 24-year-old had signed a "long-term contract", which is thought to be a five-year deal. tw"I'm delighted to have signed for Liverpool," Oxlade-Chamberlain told the Liverpool website after undergoing a medical at England's St George's Park training base.

"A big thank-you to everyone here at the FA that has made this possible, using the facilities. It has been a massive help.

"I'm not going to say too much today. I'm here with England and we've got two big games coming up, so I want to focus on them.

"But I can't wait to get to Melwood (Liverpool's training centre) and you'll hear first from me on LFCTV."

Oxlade-Chamberlain is believed to have turned down a new contract offer from Arsenal and an approach from champions Chelsea, both of whom were reported to have offered him higher wages than Liverpool.

The former Southampton youngster, nicknamed "The Ox", has played at wing-back for Arsenal in recent months and was said to have been earmarked for a similar role at Chelsea, but he would prefer to play in midfield.

In a reflective post on Twitter, he thanked his Arsenal team-mates, manager Arsene Wenger, back-room staff and the club's fans.

"After six years, three FA Cup wins and countless incredible memories, the time has come for me to move on from Arsenal," Oxlade-Chamberlain wrote.

"I know my choice might come as a surprise to many, and the decision to leave was tough after being a part of the club for so many years.

"But I feel that this move is right for the next stage in my ongoing development."

Liverpool manager Jurgen Klopp said he had been tracking Oxlade-Chamberlain since he played for Arsenal against Klopp's former club Borussia Dortmund in September 2014.

"I am really, really happy we have got Alex signed," said Klopp, whose side beat Arsenal 4-0 on Sunday.

"Since the last game I have been waiting and hoping we could make this transfer -- and when I got the news he was ours, it was fantastic."

Oxlade-Chamberlain becomes Liverpool's fifth new signing after Naby Keita, Mohamed Salah, Andy Robertson and Dominic Solanke. Guinea midfielder Keita agreed to move to Liverpool from RB Leipzig in a reported club-record £48 million deal earlier this week, but will not join the club until next year. Oxlade-Chamberlain has been capped 27 times by England, scoring six goals, and is due to be involved in Friday's World Cup qualifier against Malta in Ta'Qali.

Comments
Topics mentioned in this article
Liverpool Arsenal Alex Oxlade-Chamberlain Football
Get the latest updates on India vs Australia and check out  Schedule, Results and Live Score. Like us on Facebook or follow us on Twitter for more sports updates. You can also download the NDTV Cricket app for Android or iOS.