Praful Patel Set To Be First Indian In FIFA Council

Praful Patel is expected to become the first Indian to be elected a member of FIFA Executive Council for a four-year period. 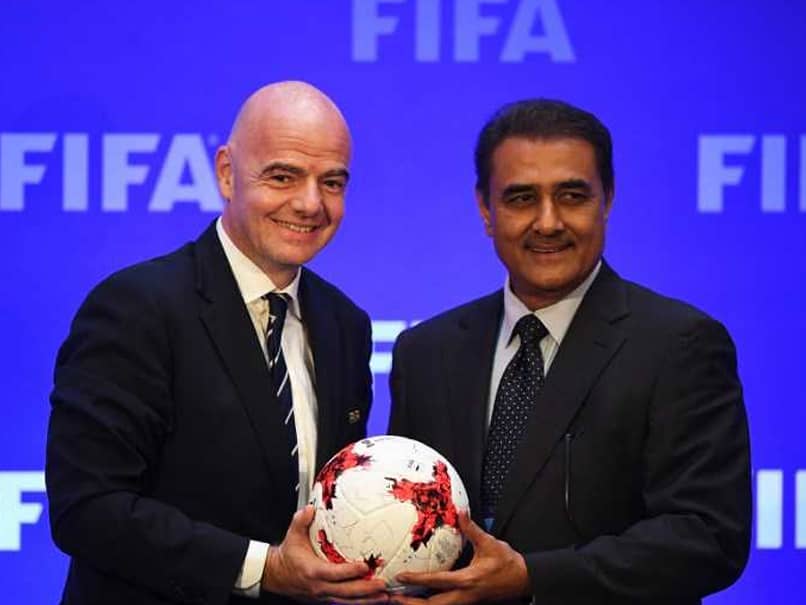 The All India Football Federation (AIFF) might be fighting a legal battle in the Supreme Court over the validity of its constitution vis-a-vis the National Sports Code (NSC) but president Praful Patel is set to don a bigger role on the world stage this week. According to AIFF sources, Patel, in all likelihood, will become the first Indian to be elected a member of FIFA Executive Council for a four-year period when elections are held in the Asian Football Confederation (AFC) headquarters in Kuala Lumpur on Saturday.

The executive council is FIFA's highest decision making body and it has never had an Indian member in the past. Former AIFF president Priyaranjan Dasmunsi was once elected to the technical committee of FIFA.

Patel, who is currently the vice-president of AFC, has decided not to run for a re-election and instead opted to fight for the FIFA body. His place in AFC could be taken by the Pakistan representative.

"It is an eight-corner contest for five spots from Asia in FIFA, but we are confident of Patel's victory. He is being supported by AFC President Shaikh Salman and all other member countries will surely back him in the elections," AIFF senior vice-president Subroto Dutta said on Monday.

As per new FIFA statutes adopted in 2016, the executive council is a 37-member body with AFC having the rights to send one vice-president and six members, which include one female member. Led by the FIFA president, the council has now a wide range of powers and the secretary general will have to report to it regularly.

Apart from Patel, the seven other candidates are from China, Iran, Japan, South Korea, the Philippines, Qatar and Saudi Arabia.

Sources in the AIFF revealed that even as I-League clubs were openly declaring a kind of war on AIFF for its alleged partiality towards the Indian Super League franchises, Patel travelled to Kyrgyzstan to campaign for his election with the Central Asian Football Association nation.

Before leaving for Kyrgyzstan, he assured the I-League clubs of meeting them in mid-April.

"The campaign in Central Asia was smooth and highly encouraging. We are confident of their support to Patel. His election to the FIFA Council will help Indian football immensely," said Dutta.

Patel is currently going through his third term as the AIFF President and his tenure would run till December 2020. Hosting the 2017 under-17 World Cup is considered one of his biggest achievements as the head of Indian football.

Comments
Topics mentioned in this article
Football FIFA
Get the latest updates on India vs England Series, India vs England , live score and IPL 2021 Auction . Like us on Facebook or follow us on Twitter for more sports updates. You can also download the NDTV Cricket app for Android or iOS.