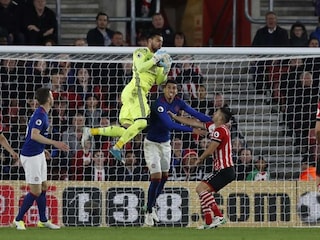 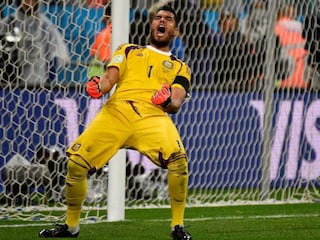 Sergio Romero will replace Victor Valdes, who was shown the door at Old Trafford after apparently refusing to play for United's second team.

Sunday's FIFA World Cup final features the widely regarded best stopper in the world in Germany's Manuel Neuer, whose sweeper-keeper ability to rush from his goal could lead to a revolution in how the position is played.

Before Wednesday's FIFA World Cup 2014 semifinal against the Netherlands which Argentina won 4-2 on penalties, goalkeeping hero Sergio Romero's place in the Argentine team was the subject of debate going into the tournament after he spent almost all of the last season on the substitutes' bench at French Ligue 1 club Monaco.

Argentine goalkeeper Sergio Romero saved twice in Wednesday's penalty shoot-out as Argentina triumphed 4-2 against the Netherlands in the semifinal at Sao Paulo's Corinthians Arena to progress to the final after a goalless 120 minutes.

Formula One: Lewis Hamilton's Path To Seventh World Title May Begin On Its Knees