Mikel Arteta said Pierre-Emerick Aubameyang's decision to sign a new deal at Arsenal showed the Premier League club were on the same level as European giants such as Barcelona. 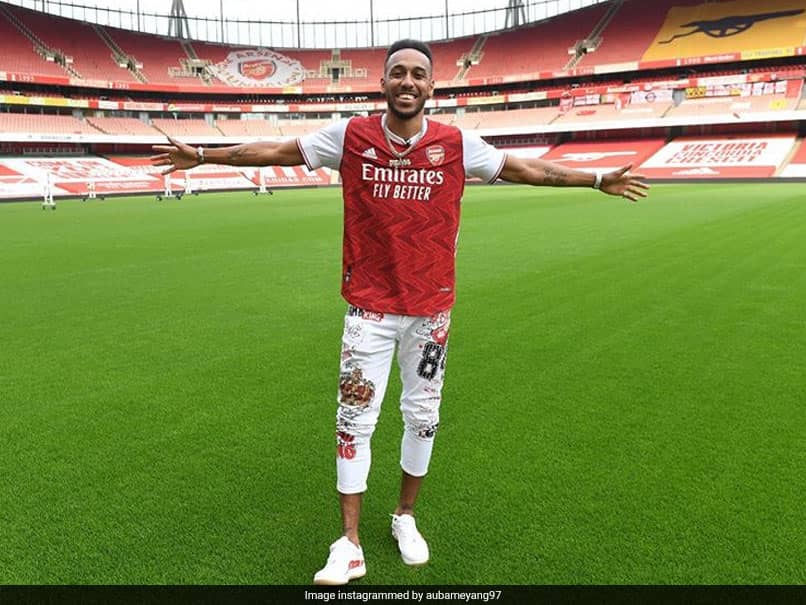 Mikel Arteta said Pierre-Emerick Aubameyang's decision to sign a new deal at Arsenal showed the Premier League club were on the same level as European giants such as Barcelona. The Gabon forward, 31, committed his future to Arsenal this week after months of speculation that he would leave for a club in the Champions League. The deal is reported to be worth 250,000 pounds-per-week (USD 324,000), with bonuses that could take it beyond the 350,000 pounds-per-week contract of the club's highest earner, Mesut Ozil.

Arsenal boss Arteta, speaking at his pre-match press conference on Friday, said he was delighted the transfer saga was over.

"It was a big boost because I think everybody was hoping for Auba to stay but it was creating some uncertainty around the place and obviously it's great as well to be able to finish those sort of speculations, move on and find some more stability," he said.

"It was worrying me because it's so hard to find replacement strikers of that calibre, so I'm really pleased," he added.

The Spaniard said it was a "joy" to work with Aubameyang, who signed for the FA Cup holders in 2018 and has scored 72 goals in 111 appearances.

"The way he trains, the way he behaves himself and the way he performs is exactly what I want from him so I want him to do that again consistently in the next few years," Arteta said.

The manager admitted that when he joined the club last December he was not as positive as he had been in the past few weeks that Arsenal would keep hold of their star forward.

"Financially we were in a position that it was difficult to get what we wanted to get," he said. "I think Auba had his doubts as well at the time.

Aubameyang had been linked with a move to Barcelona but Arteta said the deal showed Arsenal were as big a name as the Spanish giants.

"I think the big reason Auba is staying is because we have an incredible football team, an incredible club," said Arteta, who started his career in the Barcelona youth system.

"We have some fantastic people working here and because he feels as well how much love he's got from the fans."

Arteta, whose side host West Ham on Saturday, said the club were looking to bring in a new goalkeeper to compete with Bernd Leno after the departure of Emiliano Martinez to Aston Villa.

Iceland international Runar Alex Runarsson is believed to be close to joining.

"We've been looking in the market and I think we will be shortly in a position to announce our new signing," said Arteta.

Arsenal Mikel Arteta Pierre-Emerick Aubameyang Football
Get the latest updates on India vs Australia Series, check out the India vs Australia Schedule for 2020-21 and Ind vs Aus live score . Like us on Facebook or follow us on Twitter for more sports updates. You can also download the NDTV Cricket app for Android or iOS.