According to reports in Spanish media, Barcelona and Liverpool have agreed a deal in principle worth up to 160 million euros for Philippe Coutinho to move to the La Liga giants this month. 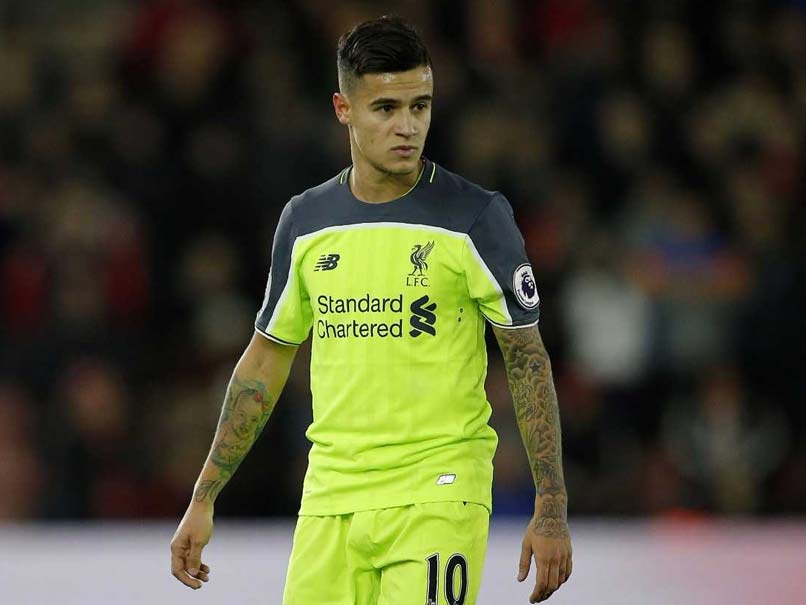 Liverpool's Philippe Coutinho has not travelled with the squad for a warm-weather training camp in Dubai as speculation intensifies about a renewed bid for the playmaker from Barcelona, reports said on Saturday. Britain's Press Association (PA) said the Brazil international, currently sidelined with a thigh injury, was among a number of first-team players who stayed behind on Merseyside. Barcelona-based newspaper Sport reported Saturday that Barcelona and Liverpool had agreed a deal in principle worth up to 160 million euros for Coutinho to move to the La Liga giants this month.

The Spanish league leaders had three offers for Coutinho rejected in the summer.

Coutinho handed in a transfer request at the time in an attempt to force a move but was unsuccessful.

The Brazilian has not played in either of the Liverpool's matches since the transfer window opened at the start of the month because of a minor thigh problem but manager Jurgen Klopp expects the 25-year-old to be fit for next Sunday's visit of Premier League leaders Manchester City.

The PA report said it was understood that Liverpool have not yet received any approach from Barcelona for Coutinho in the current window, which conflicts with reports emerging from Spain on Saturday.

Liverpool have been linked with Leicester winger Riyad Mahrez, one of a number of first-teamers left out of the team to face Fleetwood in the FA Cup on Saturday.

However, the PA report said the Merseysiders had contacted their Premier League counterparts to say they had no interest in the Algeria international and the speculation was "complete fabrication".

Comments
Topics mentioned in this article
Barcelona Liverpool Philippe Coutinho Football
Get the latest updates on IPL 2020, check out the IPL Schedule for 2020 and Indian Premier League (IPL) Cricket live score . Like us on Facebook or follow us on Twitter for more sports updates. You can also download the NDTV Cricket app for Android or iOS.