Petr Cech won 13 major honours, including four Premier League titles and the Champions League, in a stellar 11-year career with Chelsea before joining Arsenal in 2015. 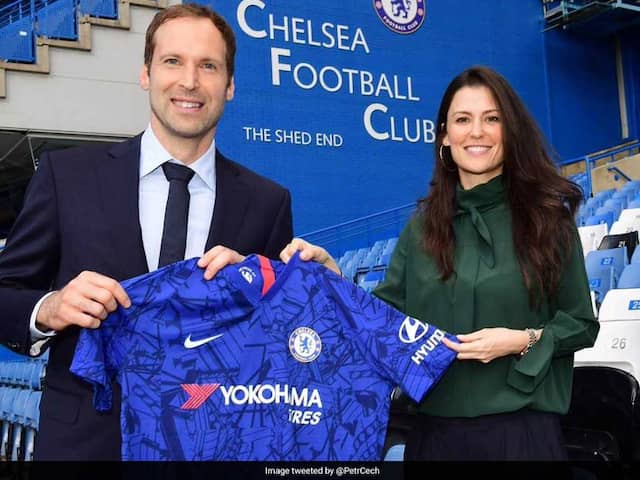 Petr Cech will return to Chelsea in an advisory role after retiring from his duties as a goalkeeper last month, aged 37. Petr Cech will perform an intermediary role between the club's new manager and director Marina Granovskaia, which had been left vacant since Michael Emenalo quit as technical director nearly two years ago. "Petr Cech returns to Chelsea as Technical and Performance Advisor," said Chelsea in a statement. "The focus of the job will be to provide advice on all football and performance matters throughout the club as well as embed and facilitate strong links between our men's and academy teams, ensuring that the various support departments are working together effectively."

Cech won 13 major honours, including four Premier League titles and the Champions League, in a stellar 11-year career with Chelsea before joining Arsenal in 2015.

.@PetrCech is our new Technical and Performance Advisor!

The former Czech international's final game before retirement came in a 4-1 defeat by Chelsea as the Blues lifted the Europa League in May.

"I feel very privileged to have this opportunity to join Chelsea FC again and help create the best possible high level performance environment to continue the success the club has had over the past 15 years," said Cech.

"I'm looking forward to the new challenge and hope I can use all of my football knowledge and experience to help the team achieve even more success in the future."

Cech could soon be working closely with one of his former teammates with Frank Lampard also expected to return to Stamford Bridge as Chelsea's new manager following Maurizio Sarri's departure for Juventus.

Arsenal Petr Cech Football
Get the latest Cricket news, check out the India cricket schedule, Cricket live score . Like us on Facebook or follow us on Twitter for more sports updates. You can also download the NDTV Cricket app for Android or iOS.