Manchester City manager Pep Guardiola said on Wednesday he plans to leave the English champions when his current contract ends in 2023 and hopes to eventually take charge of a national team. 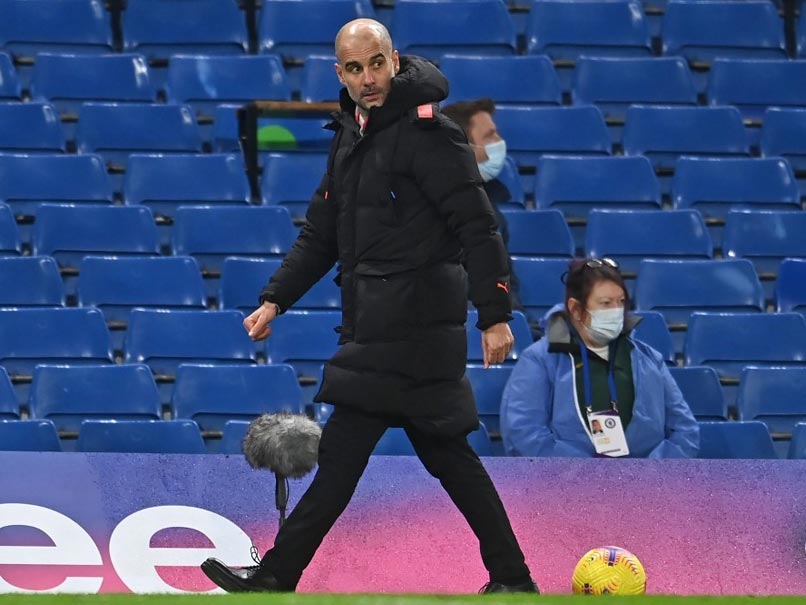 Pep Guardiola said he needs to take a break after seven years with Manchester City.© AFP

Manchester City manager Pep Guardiola said on Wednesday he plans to leave the English champions when his current contract ends in 2023 and hopes to eventually take charge of a national team. "After seven years in this team, I think I'll take a break," said 50-year-old Guardiola. "I'll need to see what we've done and assess motivations for the future. "And in this process I'd like to coach a national team: South American, European ... I want to have the experience of a Copa America." However, Guardiola is not banking on that national team being Brazil. "A national team will be the next step, yes," said Guardiola, speaking at an online event organized by Brazilian financial services company XP Investimentos, and quoted by ESPN Brasil.

"I think the Brazil coach will always be a Brazilian, I can't see a foreigner coaching a team like Brazil."

The former Barcelona player has won the Premier League title in three of his five seasons in charge of City and last term took them to the Champions League final, where they lost 1-0 to Chelsea.

Before that he won the Champions League twice with Barcelona and also lifted La Liga three times with the Catalans and as many Bundesliga crowns with Bayern Munich.

As a player he also won the old European Cup, Cup Winners' Cup and six La Liga titles with Barca.

However, he has yet to manage a national team, or win any trophies at international level.

Manchester City Pep Guardiola Football
Get the latest updates on ICC T20 Worldcup 2022 and CWG 2022 check out the Schedule, Live Score and Medals Tally. Like us on Facebook or follow us on Twitter for more sports updates. You can also download the NDTV Cricket app for Android or iOS.