A goal on Chelsea debut by Pedro helped them beat West Brom 3-2. In other results, Manchester City achieved their third straight win in this season by defeating Everton 2-0. Southampton were held to a 0-0 draw. 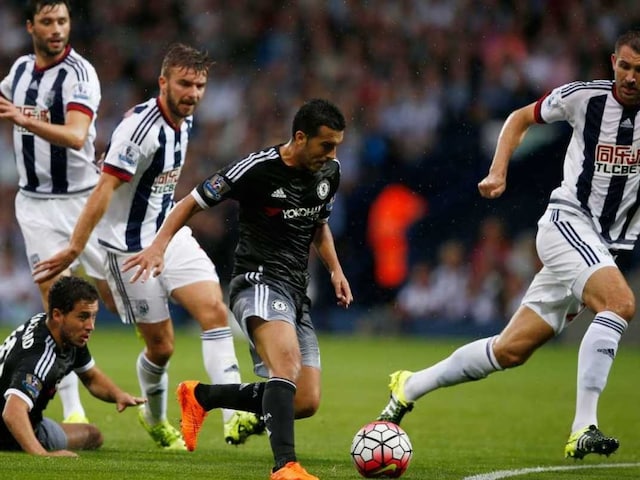 Pedro scored on his debut for Chelsea© AFP

A 30 million euros signing from Barcelona earlier this week, reportedly snatched from beneath Manchester United's noses, Pedro scored Chelsea's opener and created a goal for Diego Costa as Jose Mourinho's side went 2-0 up at The Hawthorns. (Liverpool Out to Make a Statement Against Arsenal)

Asked for his thoughts on Terry's dismissal, which came after he was substituted at half-time of last weekend's 3-0 loss at Manchester City, Mourinho told Sky Sports: "I prefer to have no views. I prefer to try to keep quiet.

"I know many people are disappointed with this result. People love Chelsea to lose again. I'm so happy the players got what they deserve.

"Four points in three matches is not enough. The feeling is we are fighting against a lot. But today we won."

It was Chelsea's first win at West Brom in five attempts and saw the defending champions belatedly find their gear after a 2-2 draw with Swansea City and the chastening defeat at the Etihad Stadium.

They finished the weekend in ninth place, five points below Manchester City, who replaced Leicester City at the top after second-half goals by Aleksandar Kolarov and Samir Nasri put paid to Everton.

On a dark, squally afternoon in the West Midlands, Morrison squandered an early chance to put West Brom ahead when his penalty was blocked by Thibaut Courtois -- back in the Chelsea goal following suspension -- after Nemanja Matic had tripped Callum McManaman.

Fifteen minutes later, Pedro announced his arrival in English football by darting infield from the right, exchanging passes with Eden Hazard and finding the bottom-right corner with the aid of a deflection.

Chelsea's fans launched into a chorus of "Are you watching Manchester?" and United's supporters will have found themselves looking away again 10 minutes later when Pedro's cross-shot was turned in by Costa.

Morrison reduced the arrears by bludgeoning home when Salomon Rondon hooked James McClean's cross back into the box, only for Azpilicueta to restore the visitors' two-goal cushion in the 42nd minute by rolling in a shot after Costa had chested down Cesc Fabregas's pass.

Terry saw red nine minutes into the second half for pulling Rondon back as he bore down on goal before Morrison reduced the arrears with a glancing header, but Chelsea held out, Courtois thwarting Rondon in added time.

West Brom manager Tony Pulis dropped Saido Berahino from his squad after he was the subject of an unsuccessful bid from Tottenham Hotspur, but the Welshman was reluctant to discuss the matter after the game.

"We're talking about Saido because of the transfer window," Pulis said.

"Everybody here today should be talking about the game and this wouldn't be an issue. It can be disruptive and has been." 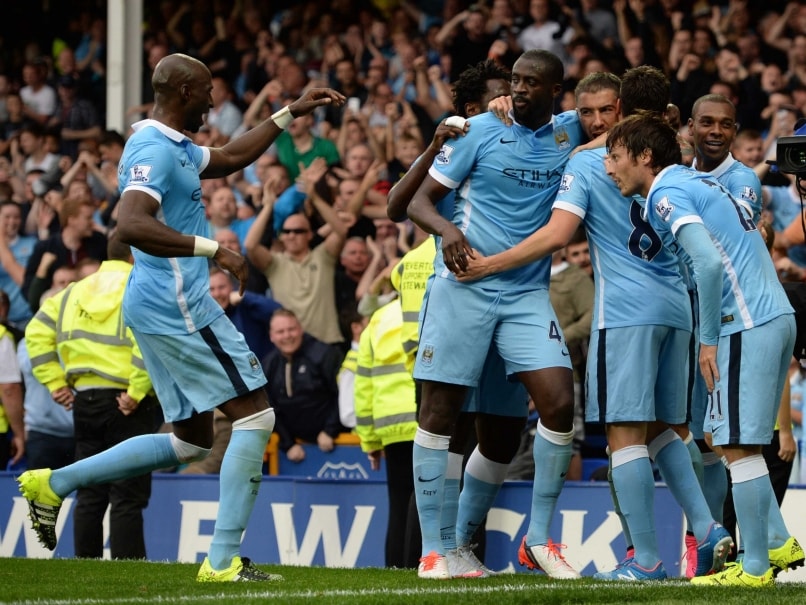 Manchester City climbed to the summit of the EPL after their 2-0 win over Everton.

At Goodison Park, both sides hit the woodwork either side of half-time, with Romelu Lukaku skimming the crossbar from an Everton free-kick and David Silva rattling the post for City.

Lukaku had earlier seen a goal ruled out for offside, but it was City who took the lead on the hour.

Raheem Sterling glided into the Everton box from the left and slipped a pass to the overlapping Kolarov, who deceived Tim Howard with a near-post finish from an almost impossible angle.

After Vincent Kompany had cleared a header from Gareth Barry off the line, Nasri sealed victory in the 88th minute by playing a one-two with Yaya Toure and neatly lobbing Howard.

Victory saw Manuel Pellegrini's side complete a sequence of nine league wins for the first time since September 1912 and left them as the only side in the top flight with three wins to their name.

In Sunday's other game, Watford and Southampton were both left waiting for a first win after a 0-0 draw at Vicarage Road.

Comments
Topics mentioned in this article
Manchester City Chelsea Pedro Samir Nasri Football
Get the latest Cricket news, check out the India cricket schedule, Cricket live score . Like us on Facebook or follow us on Twitter for more sports updates. You can also download the NDTV Cricket app for Android or iOS.