Paris Saint-Germain players Angel Di Maria and Marquinhos were victims of robbery on Sunday during the club's match against Nantes. 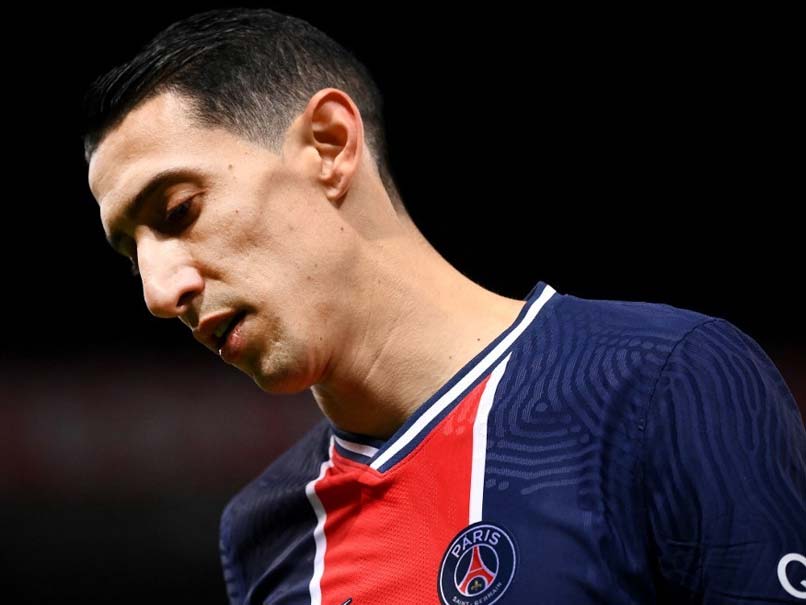 Angel Di Maria was victim of a burglary at his Paris home even as PSG played Nantes on Sunday.© AFP

Paris Saint-Germain forward Angel Di Maria was the victim of a burglary during Sunday's loss to Nantes, while robbers also targeted the family home of captain Marquinhos, the latest in a spate of thefts at the club. Thieves stole jewellery and watches from the house of Argentine international Di Maria in the western Paris suburbs, but "there was no violence" involved, sources told AFP on Monday. According to the police's special anti-robbery squad, the player's family was home at the time but "didn't come across" the thieves, a source close to the case explained.

They "didn't hear anything" during the ransacking of a safe located upstairs in the home in Neuilly, a police source added. The value of stolen goods has yet to be assessed but is said to be less than 500,000 euros ($600,000).

Di Maria last week signed a one-year extension to his PSG contract until 2022. He was replaced an hour into the 2-1 loss to Nantes following a discussion between sporting director Leonardo and coach Mauricio Pochettino.

The family home of Brazil international Marquinhos was also robbed in the Paris region.

The player's father and two sisters were home during the break-in. A police source said the father was struck in the ribs by the attackers but no injuries were sustained. Several bags containing valuables were stolen, the contents of which have yet to be determined.

PSG forward Mauro Icardi was the victim of a break-in at his home last month. Thiago Silva, Dani Alves and Eric Maxim Choupo-Moting were also robbed in recent years while playing for the club.

The commotion off the field seemed to affect PSG's players as Nantes dealt the French champions a seventh Ligue 1 defeat of the season.

"It's not an excuse but there has been an unusual drop in energy," Pochettino said after the match. "We spoke with the players but not about what happened in terms of the football."

"There are situations outside the game which must be considered."

Di Maria previously admitted that an attempted robbery on his family's home during his one year at Manchester United, in 2014-15, had left him keen to leave the Premier League club.

Angel Di Maria Marquinhos Football
Get the latest updates on ICC T20 Worldcup 2022, check out the Schedule and Live Score. Like us on Facebook or follow us on Twitter for more sports updates. You can also download the NDTV Cricket app for Android or iOS.