A judge in Paraguay on Tuesday ordered the release of Brazilian football great Ronaldinho and his brother into house arrest at a hotel in downtown Asuncion. 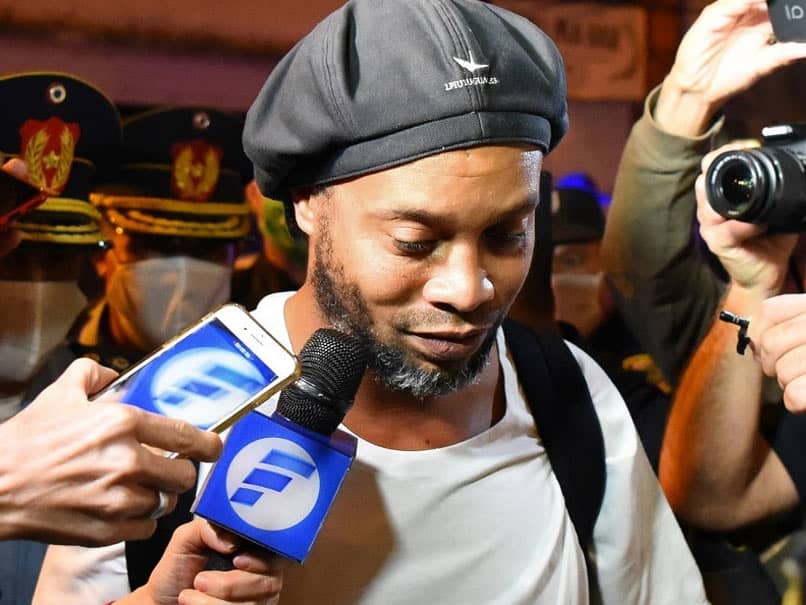 Ronaldinho and his brother were arrested in Asuncion in March.© AFP

A judge in Paraguay on Tuesday ordered the release of Brazilian football great Ronaldinho and his brother into house arrest at a hotel in downtown Asuncion. Judge Gustavo Amarilla told reporters that he had ordered the "continuation of house arrest in a hotel for Ronaldinho and his brother." They were jailed almost exactly a month ago to await trial on charges of using false passports to enter Paraguay. Lawyers for the men posted bail of USD 1.6 million. "I have the assurance of the hotel managers that they, at their own expense, can observe house arrest there," Amarilla told a news conference.

Paraguay's appeals court last month rejected a request to release the pair, who were housed in a cell block that also accommodated the former Paraguayan soccer federation chief and the ex-speaker of the lower house of parliament.

The two-time world player of the year and his brother, Roberto de Assis Moreira, initially encountered no problems after arriving in Asuncion from neighboring Brazil on March 4.

However, within hours the brothers were in police custody when investigators raided their hotel after discovering their passports were fake.

Ronaldinho, given a rock star's welcome to Asuncion by around 2,000 children and teenagers, said the passports had been given to him by sponsors of a charity working with disadvantaged children.

Fourteen other people have been charged in the case.

An arrest warrant has been issued for the Paraguayan businesswoman in charge of the charity foundation that invited Ronaldinho.

Ronaldinho, considered one of the greatest footballers of all time, was a star of Brazil's 2002 World Cup win and played for European giants Barcelona, Paris Saint-Germain and AC Milan, among others.

Comments
Topics mentioned in this article
Ronaldinho Gaucho Football
Get the latest updates on IPL 2020, check out the IPL Schedule for 2020 and Indian Premier League (IPL) Cricket live score . Like us on Facebook or follow us on Twitter for more sports updates. You can also download the NDTV Cricket app for Android or iOS.