Ernesto Valverde admitted he did not know the reasons underlying Ousmane Dembele's attitude. 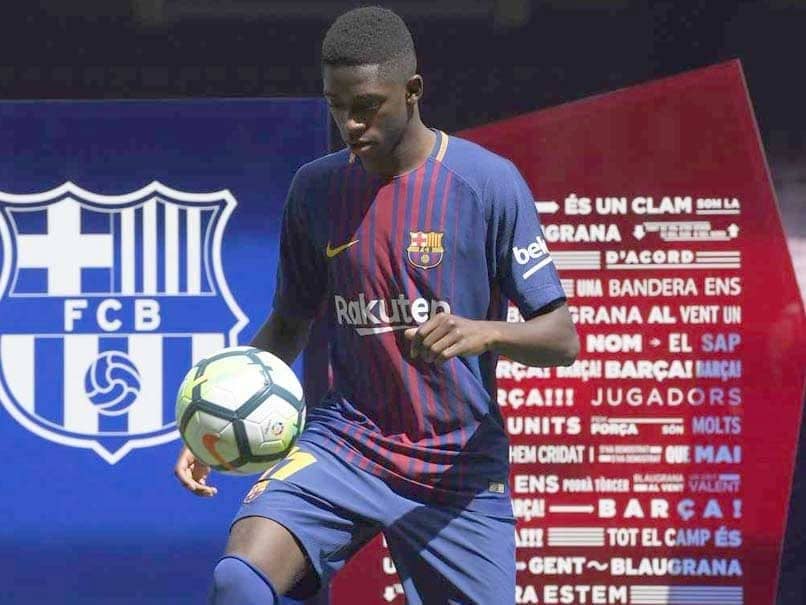 Ousmane Dembele has collected a total of eight goals and five assists in 19 appearances.© AFP

FC Barcelona coach Ernesto Valverde has defended his player Ousmane Dembele, who has come under fire for being late to several training sessions and other behaviour issues, and said the French forward's case will be handled internally. Buzz surrounding the former Borussia Dortmund player re-emerged at a press conference ahead of Barca's upcoming UEFA Champions League match against Tottenham Hotspur after Dembele arrived two hours late for training on Sunday. "We have to help the player, he is very talented, we will try to help him and nothing more," Valverde said on Monday.

Valverde admitted he did not know the reasons underlying Dembele's attitude.

"Over the season, things happen, sometimes over sporting and others over non-sporting issues," the coach said.

"We always try to help the players. We will try to resolve the situation the best way possible," Valverde added.

"We want to help him. He is a young player and we want to make him give the best version of himself because when he is well and motivated, he can contribute a lot, be it with us or any other team," he explained.

So far, Dembele, 21, has collected a total of eight goals and five assists in 19 appearances with the Catalan team this season.

Barca paid 105 million euros (USD 119.3 million) plus 40 million euros in variable bonuses for the French prodigy, making him the club's most expensive transfer in history as he surpassed the price tags of signing both Neymar Jr and Luis Suarez.

Barcelona Ousmane Dembele Football
Get the latest updates on IPL 2020, check out the IPL Schedule for 2020 and Indian Premier League (IPL) Cricket live score . Like us on Facebook or follow us on Twitter for more sports updates. You can also download the NDTV Cricket app for Android or iOS.
Advertisement