Julian Brandt, Niklas Suele and Max Mayer have been included in the squad for the friendly against Finland in Moenchengladbach, which will be Schweinsteiger's 121st -- and final -- appearance for die Mannschaft 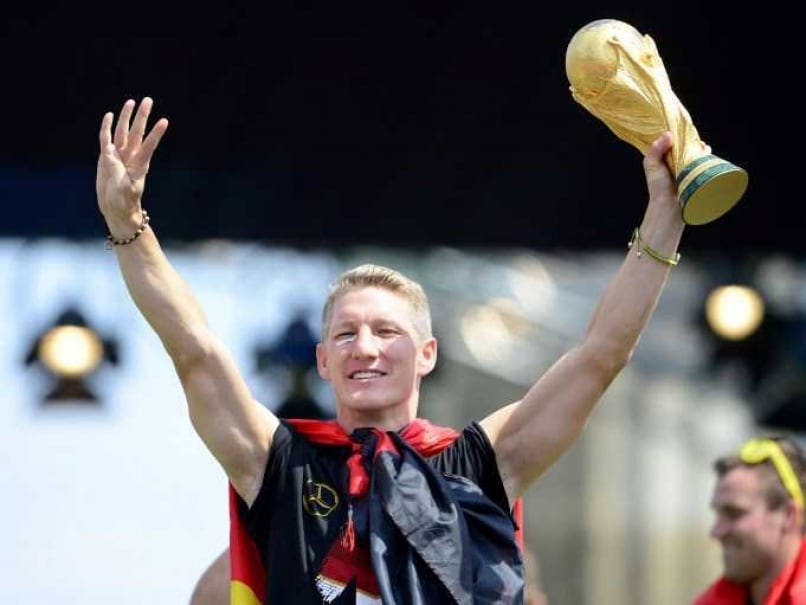 Germany head coach Joachim Loew has called up three members of the team which lost the Olympic final in Rio for Manchester United reject Bastian Schweinsteiger's farewell international next Wednesday.

Inexperienced trio Julian Brandt, Niklas Suele and Max Mayer have been included in the squad for the friendly against Finland in Moenchengladbach, which will be Schweinsteiger's 121st -- and final -- appearance for die Mannschaft.

Despite having been banished to the reserves by Manchester United's new manager Jose Mourinho, Schweinsteiger, 32, on Wednesday vowed to stay and fight for a place at Old Trafford.

"MUFC will be my last club in Europe," the World Cup winner and Germany's captain wrote on his Facebook page.

"This is all I can say about the current situation."

Against Finland, Schweinsteiger will have the chance to show Mourinho what he is missing when he wears the white shirt for the last time in the friendly, a warm-up for their 2018 World Cup qualifier away to Norway on Saturday September 4 in Oslo.

As part of the 19-man squad, Bayer Leverkusen winger Brandt, Hoffenheim defender Suele and Schalke midfielder Mayer, who captained Germany in Rio, have been called up after losing to Brazil on penalties in last Saturday's Olympic final.

"Max Meyer and Julian Brandt have already trained with us and we want to have a closer look at Niklas Suele," said Loew.

"The three have deserved their call ups with some good performances."

Loew has included no strikers for the two internationals but Bayern's Thomas Mueller and Dortmund pair Mario Goetze and Andre Schuerrle can all play up front.

Comments
Topics mentioned in this article
Bastian Schweinsteiger Julian Brandt Jerome Boateng Mario Gomez Lukas Podolski Football
Get the latest updates on IND vs NZ 2021, check out the Schedule and Live Score . Like us on Facebook or follow us on Twitter for more sports updates. You can also download the NDTV Cricket app for Android or iOS.