Neymar suffered an adductor injury on October 28 in a Champions League match against Istanbul Basaksehir. 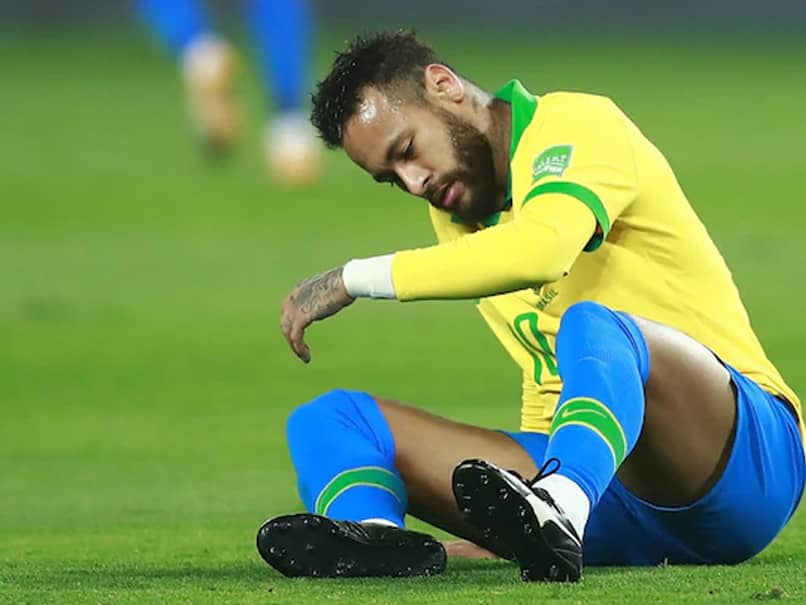 Neymar will miss Brazil's November 13 World Cup qualifier against Venezuela because of a thigh injury, but will travel with the team in hopes he will be fit to play four days later against Uruguay, officials said Friday. "We believe that with an intensive week of treatment... there is a possibility of recovery for the second match. We will be monitoring his condition closely," national team doctor Rodrigo Lasmar said in a statement released by the Brazilian Football Confederation (CBF).

PSG had said the injury would sideline him until after the international break, and coach Thomas Tuchel said he did not think Neymar should play for the national team in the interim.

"I don't think it's possible he will play," Tuchel said two days after Neymar's injury.

"If he plays that means he's not injured, and that's a bad message. The news for me is that he will return after the break."

The CBF said it had notified PSG Thursday that it would be calling up Neymar.

"We know his club is concerned because of his injury, but we assured them we would be closely monitoring his condition," national team coordinator Juninho Paulista said in the CBF statement.

He said coach Tite had "clearly told" PSG sporting director Leonardo that he "would never risk a player's health."

Brazil, who currently lead the South American qualifiers for Qatar 2022 along with Argentina, play Venezuela in Sao Paulo next Friday and Uruguay in Montevideo on November 17.