Paris Saint-Germain coach Thomas Tuchel has again been left frustrated by Neymar after the Brazilian took time out from recovering from his latest injury to fly to Madrid for the Davis Cup tennis. 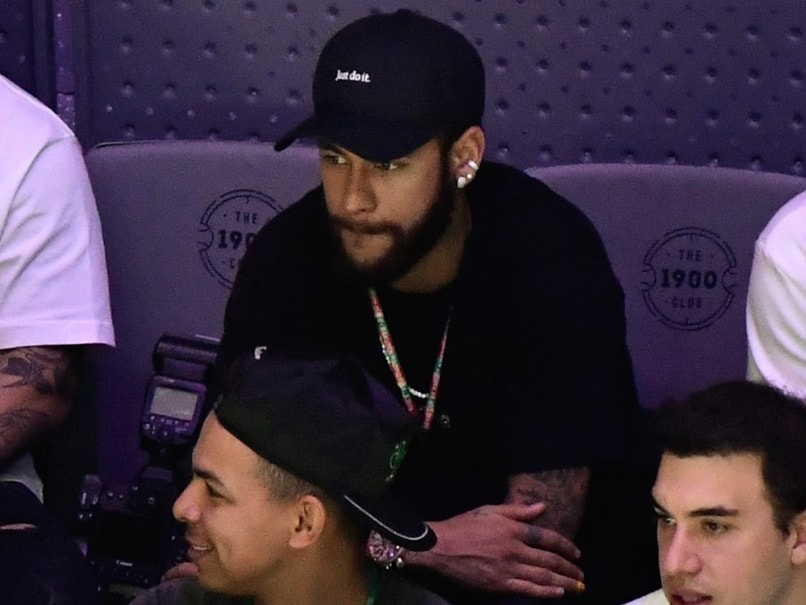 Neymar has not played for PSG since scoring in a 4-0 win over Angers on October 5.© AFP

Paris Saint-Germain coach Thomas Tuchel has again been left frustrated by Neymarafter the Brazilian took time out from recovering from his latest injury to fly to Madrid for the Davis Cup tennis this week. "I am not his Dad, I'm not the police," said an exasperated Tuchel on Thursday, a day before PSGhost Lille in Ligue 1. That match is set to see the world's most expensive player make his return from a hamstring injury suffered playing for Brazil against Nigeria on October 13.

"I am his coach, and he has been training well. Did I like the fact he went on this flight? No, not at all. But is it worth me going crazy over? No," Tuchel added.

"If all goes well, he can play tomorrow, but whether he starts or comes off the bench, that depends."

Neymar has not played for PSG since scoring in a 4-0 win over Angers on October 5.

He has four goals in just five appearances in this campaign but will now be hoping to put a run of games together, with Friday's match against last season's Ligue 1 runners-up being followed by a trip to Real Madrid in the Champions League.

Having the former Barcelona superstar available again presents a problem for Tuchel -- just how does he keep all his forward players happy?

Mauro Icardi and Edinson Cavani are already battling it out for one place at the tip of the attack, but Kylian Mbappe is a doubt for Friday's match.

The World Cup winner has been struggling with illness and played no part in France's 2-0 victory in Albania last weekend.

"I don't know if he is capable of playing. He has had a fever," said Tuchel, who will also be without midfield duo Ander Herrera and Marco Verratti against Lille.

Lille have already been eliminated from this season's Champions League after just four games and have not yet won on their travels in the current campaign.

They come to Paris without their top scorer, as Nigerian striker Victor Osimhen is suspended.

In addition, coach Christophe Galtier has been left reeling after his assistant coach, Joao Sacramento, and goalkeeping coach Nuno Santos were both allowed to leave on Wednesday to team up with compatriot Jose Mourinho at Tottenham Hotspur.

"I don't blame them for going. I have also been an assistant coach," Galtier said.

"They have been contacted, they believe in that project and they want to go. That's how football is today."

The 24-year-old's stock has risen enormously since he left PSG in 2015 in search of first-team football at Lille.

Maignan was named the best goalkeeper in Ligue 1 last season and was called up to the France squad for the first time in May.

However, the departure of Lille's goalkeeping coach Nuno Santos to Tottenham could have a big impact on Maignan.

He admitted in a recent interview with sports daily L'Equipe to having made big strides in 18 months working under Santos. On Friday he could be a very busy man against Neymar and co.

Paris SG Neymar Football
Get the latest updates on Fifa Worldcup 2022 and check out  Fifa World Cup Schedule, Stats and Live Cricket Score. Like us on Facebook or follow us on Twitter for more sports updates. You can also download the NDTV Cricket app for Android or iOS.