Neymar In Decline? Brazilian's Form A Concern For Paris Saint-Germain

While Lionel Messi and Kylian Mbappe have dominated the headlines for Paris Saint-Germain this season, Neymar's recent form has become a source of concern in the French capital. 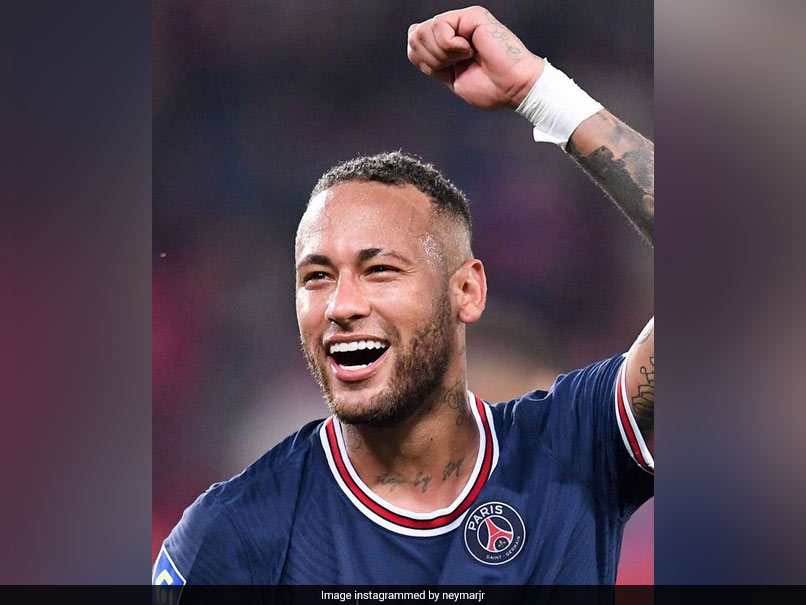 Neymar has scored just one goal in eight games since the French League began this season.© Instagram

While Lionel Messi and Kylian Mbappe have dominated the headlines for Paris Saint-Germain this season, Neymar's recent form has become a source of concern in the French capital. The Brazilian has scored just one goal in eight games since the campaign began, and that was a penalty in a 2-1 league win over Lyon. Troubled by niggling injuries -- as he has been ever since signing from Barcelona for a world record transfer fee in 2017 -- Neymar has completed 90 minutes in just five of his club's 15 outings in all competitions.

In last weekend's 0-0 draw in Marseille, in French football's biggest rivalry, he struggled to influence proceedings and was replaced by Georginio Wijnaldum late on.

Neymar -- who in May extended his contract to 2025 -- has scored just three goals from open play in 2021 and has not netted in the Champions League since last December.

In other words, the apparent decline in his performances has come since Mauricio Pochettino was appointed as coach in January.

"He is a creative player with wonderful talent. I am happy with him," insisted Pochettino ahead of Friday's home meeting with Lille.

"We know we can do much better collectively, even though we are top of the league and in our Champions League group," he added.

Asked if he might consider leaving the 29-year-old on the bench, Pochettino would only say, "He could start or be on the bench, just like everyone else. Anyone who doesn't start or who is taken off can be unhappy, that is the reality, not just at PSG."

It seems improbable that the 222 million-euro ($264m) forward will not start against Lille at the Parc des Princes, especially as Mbappe is out and Messi has been struggling with an injury this week.

Mbappe is ill, while Messi has been trying to shake off a minor muscle problem.

Despite rarely playing anywhere near their obvious potential PSG are seven points clear at the top of Ligue 1 after only 11 games, while Lille are 10th after a poor start to their title defence.

Pochettino's side go to RB Leipzig in the Champions League next midweek, with Lille also on the road against Sevilla.

Lens are away at Lyon on Saturday. Third-placed Nice and Marseille in fourth both play on Sunday.

The veteran Turkish forward was the star player in Lille's unlikely title triumph last season, netting 16 goals including the winner of the prize for goal of the season.

The signs are that the 36-year-old is struggling to repeat that form in the current campaign, even if he has found the net four times between Ligue 1 and the Champions League.

Last weekend he was substituted late on in Lille's home draw with struggling Brest and headed straight down the tunnel in apparent frustration.

He later apologised to coach Jocelyn Gourvennec and will now hope to play a key part when the title holders visit PSG.

0 - The number of goals scored by Messi after four appearances in Ligue 1. You have to go back to 2005/06 to find the last time he failed to score in his first four league games of a season with Barcelona.

15 - Lille's points tally after 11 matches. The last time a reigning champion had fewer points at this stage of a season was in 2012/13, when Montpellier had just 12 points from 11 games.

13 - Saint-Etienne's current run of 13 top-flight games without winning has equalled the worst sequence in their history.