Never Dreamt That I Will be in the Same Club as Ali Daei, Sami Al Jaber: Baichung Bhutia

Baichung Bhutia is the first Indian footballer to be inducted into AFC's Hall of Fame. He joins former superstars Ali Daei of Iran and Sami Al Jaber of Saudi Arabia. 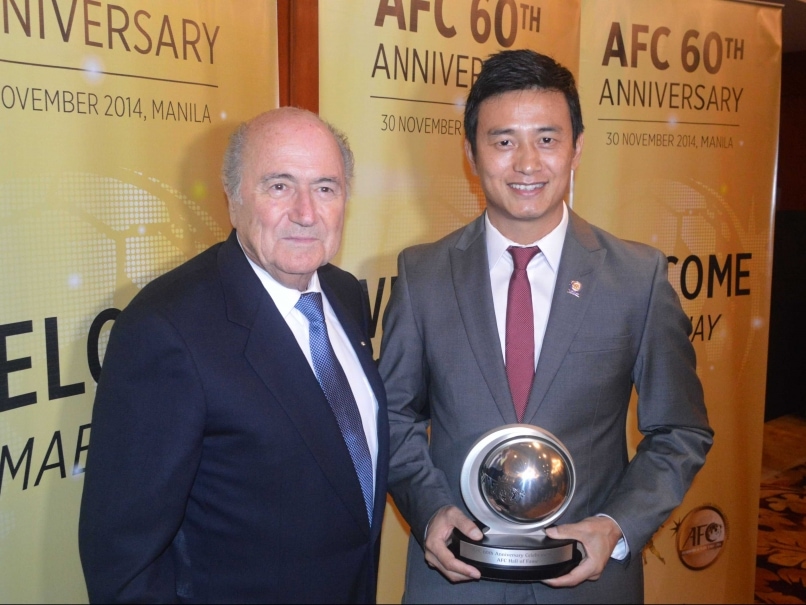 The Asian Football Confederation inducted 10 continental superstars in its Hall of Fame in Manila on Sunday. The event was strangely a closed-door one where the Who's Who of world football, including FIFA boss Sepp Blatter, were in attendance. Even as India's soccer world ranking continues to plummet, it's 170 now, Baichung Bhutia kept the tricolour flying high by becoming the first Indian to be inducted in this exclusive 'club'.

India will probably never play a World Cup in the next 20 years, but for a teenager from a sleepy Sikkim hamlet, who ventured out in an unknown world of amateur soccer and became a superstar, 37-year-old Bhutia deserved all the spotlight, including a big pat on the back from Blatter, who gave away a silver soccer ball trophy to the former Indian striker. (Also read: Why Baichung Bhutia's heart bleeds for Indian football)

"It's a great honour," Bhutia was simply overtaken by emotions as he joined Iran's legendary Ali Daei and Saudi Arabia's Sami Al Jaber in the Hall of Fame. Harry Kewell, regarded as one of Australia's finest football exports to Europe thanks to a successful career with England's Leeds United and Liverpool as well as Turkey's Galatasaray, was absent.

"I never expected to be here. The AFC has made me proud and I think this is an inspiration for every Indian footballer who is struggling to make it big," Bhutia said, adding: "To be with Ali Daei, a man who I admired while growing up, is just a great feeling." Bhutia and Ali Daei were in the 1998 Bangkok Asian Games but never played against each other.

All India Football Federation president Praful Patel was also part of the select gathering. "It really makes me happy today. Everyone is talking about the ISL (Indian Super League) and Bhutia's award is a timely reminder that Indian soccer is alive and kicking," said Patel.