Sunil Chettri batted for the proposed merger of Indian Super League (ISL) and I-League and said a unified league will open up windows for the national team to play more. 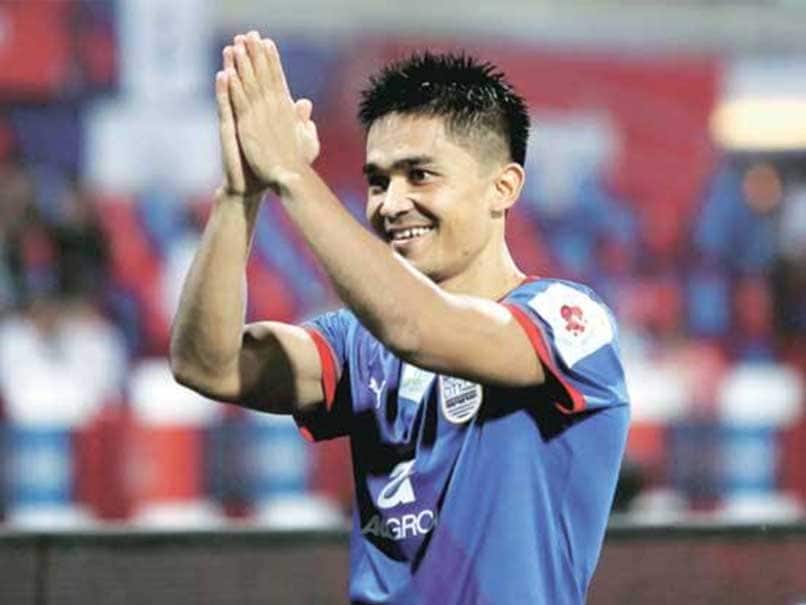 Ace Indian footballer Sunil Chhetrion Tuesday said that the Indian team needs to play more FIFA friendlies and give a shot at improving its ranking in world football.

Chettri batted for the proposed merger of Indian Super League (ISL) and I-League and said a unified league will open up windows for the national team to play more.

"I want to play all 13 FIFA dates in a year. We need that. That's where the unified league is going to come in handy. We should prioritise that, and ensure the national team gets a chance to play more games.

"Hope we play bigger opponents and away from home as we have done really poorly as a nation away from home. Win or lose, that will at least give us a chance to improve as a footballing nation," Chhetri said.

"Who would not like to see a merger. One league with more teams, more months is what we all wish for. There are few technicalities and I am sure they are looking into it.Eventually we will see one league. A unified league," he added.

"I have very small time targets, say 10 days, one week. I am only thinking about the Lajong (I-league) game, we are playing them at home. That's my target."

Asked if Indian players should strive to play club football overseas, Chhetri said, "If the players have reached a certain level and he thinks he can improve more, then he should go. Not only in India it's everywhere. Gurpreet has done it very nicely, I have seen him grow up."

When told about Praful Patel's desire for India to qualify for 2022 World Cup, he said, "I think we have to come in the first 10 in Asia first. To come to 10 is going to be so, so difficult.

Thailand was with us but now they are playing in the last qualifying round though they are getting hammered by some teams. We have to qualify for the Asia Cup and stay there, try to get 15th, 16th position in Asia and then think about the final journey."

Asked if Indian football should take a leaf out of Bengaluru FC's book -- they have won two I-league titles and one Federation Cup since making their debut three seasons ago, Chhetri said, "We are doing the right things, trying our best, all of us are in sync, from owner Sajjan Jindal to the ball boy.

Asked about the small gap between Bengaluru FC's I-league game on January 27 and AFC Champions League play-offs match on January 31, Chhetri said, "We would love to play on the weekend. With only five months to finish I-League and then there is AFC I think it is difficult. You can't blame them (I-League)."

Gurpreet on lookout for bigger clubs in Europe

He has broken new ground by becoming the first Indian to play in the Europa League and Gurpreet Singh Sandhu on Tuesday said he will explore and strive to go a notch higher in European club football next year.

After a humble beginning with the AIFF's developmental side, the 24-year-old Gurpreet went on to become the first Indian to play a competitive game in any European top tier, turning out for Norwegian team Stabaek FC.

"I have one more season left in Norway, but personally, I would try to move on and explore more opportunities on a bigger level, bigger clubs in Europe and if I keep getting those opportunities I will try to explore for sure," Sandhu, who has age on his side, said.

Comments
Topics mentioned in this article
Sunil Chhetri FIFA Football
Get the latest updates on India vs South Africa and check out  Schedule, Results and Live Score. Like us on Facebook or follow us on Twitter for more sports updates. You can also download the NDTV Cricket app for Android or iOS.