Michael Carrick, who joined Manchester United from Tottenham Hotspur in 2006, takes over as Wayne Rooney's deputy from Darren Fletcher who was handed the role at the start of the season. 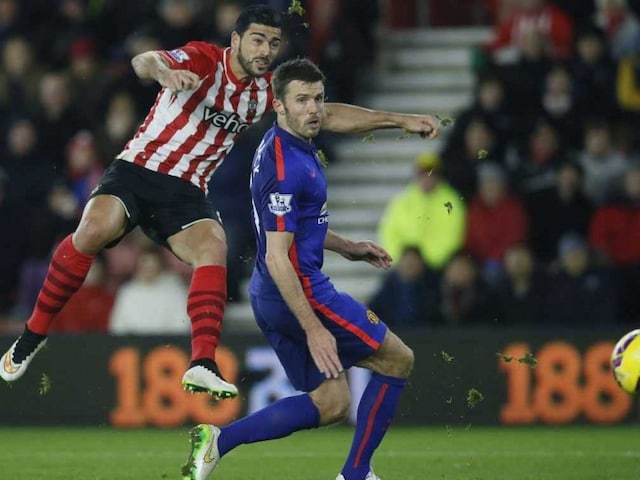 Carrick (in blue) has drawn high praise for his composure.© AP
London:

The 33-year-old Carrick, who joined United from Tottenham Hotspur in 2006, takes over as Wayne Rooney's deputy from Fletcher who was handed the role at the start of the season.

Scottish mid-fielder Fletcher has struggled for first-team opportunities, playing just 49 minutes since the end of August.

"I have three captains. You have a sequence: Wayne Rooney is one, Carrick is two, Fletcher three," manager Louis van Gaal said.

"He (Carrick) brings a lot of experience but also a lot of composure. He can transfer my philosophy on to the pitch.'

Comments
Topics mentioned in this article
Manchester United Michael Carrick Darren Fletcher Football
Get the latest updates on IPL 2020, check out the IPL Schedule for 2020 and Indian Premier League (IPL) Cricket live score . Like us on Facebook or follow us on Twitter for more sports updates. You can also download the NDTV Cricket app for Android or iOS.