Manchester United F.C. travel to Aston Villa on Saturday looking to add to a six-match winning sequence that has lifted them to third in the table. 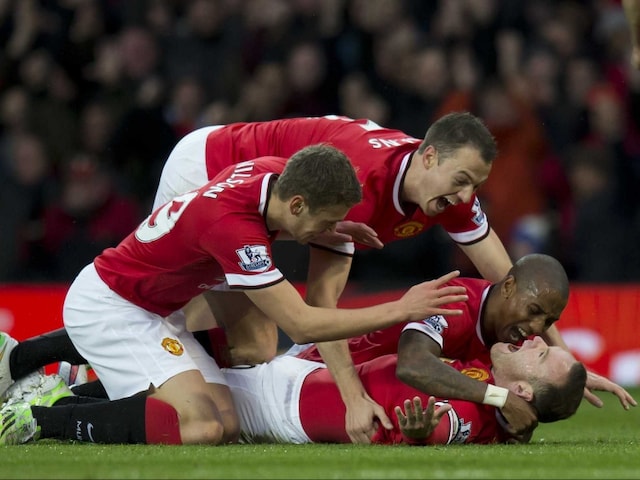 Louis van Gaal's side travel to Aston Villa on Saturday looking to add to a six-match winning sequence that has lifted them to third in the table. ('Bad boy' Balotelli in trouble for racist online post)

United's fine form has come despite van Gaal continually having to make changes to his team because of injuries to several star players. (Barcelona look to close the gap on Real Madrid)

And while forwards Wayne Rooney, Robin van Persie and Juan Mata have earned plaudits for their match-winning goals in recent weeks, United midfielder Carrick believes Ecuador winger Valencia deserves recognition as well for his performances in a relatively unfamiliar role at right-back.

"Antonio is a pure athlete, he is immense," Carrick said.

"It is the work he does that doesn't get noticed, things like carrying the ball up the pitch for 30 or 40 yards when you have been defending.

"He takes you up the pitch and defenders just back up because they know about his pace.

"If he can go down the line, then he is pretty hard to catch. He is a great team player and, when you are playing with him, you certainly appreciate that he is on your team."

Valencia has started 10 of United's 16 league matches this season, with an injury to Rafael in October meaning most have come at right back or right-wing back.

"He is pretty much the full package," the 33-year-old said.

"He is reserved but determined at the same time. He is quiet, he is pleasant and he is polite.

"He is not somebody who shouts and screams in the changing room but I certainly wouldn't want to get on the wrong side of him.

"He is stubborn and determined. He has got a real desire to win, like everyone at this club."

United have been hit by 43 injuries so far this season and Chris Smalling, Luke Shaw and Daley Blind remain unavailable, while van Gaal will assess Argentine duo Marcos Rojo and Angel Di Maria after respective thigh and hamstring strains.

Kieran Richardson, Alan Hutton and Tom Cleverley are all suspended, although the latter would have been ineligible to face his parent club anyway.

However, Fabian Delph and Ron Vlaar have both been declared fit.

"Philippe is doing well but he's not ready," Lambert said.

"There's a few out. But I am not going to sit here and be negative about it.

"I have total belief that we will go out there and try to win a game of football.

"Fabian is coming back into the fray, Ron is back as well. We have got players who can hurt teams as well, that's for sure.

"The team I pick will be strong. We will go and try to win."

Comments
Topics mentioned in this article
Manchester United Antonio Valencia Michael Carrick Football
Get the latest updates on IPL 2020, check out the IPL Schedule for 2020 and Indian Premier League (IPL) Cricket live score . Like us on Facebook or follow us on Twitter for more sports updates. You can also download the NDTV Cricket app for Android or iOS.