Jerome Boateng was one of the few German players to speak up for Ozil after his retirement. 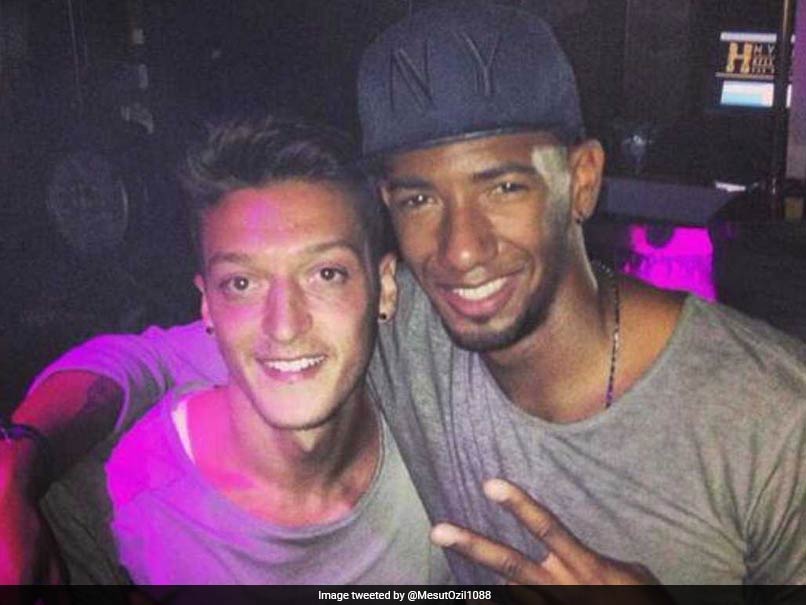 Mesut Ozil has thanked Jerome Boateng for public support in the wake of Ozil's controversial retirement from international football. Ozil, 29, walked away from the Germany squad in July, claiming he was made a scapegoat for the national team's disastrous failure at the World Cup and cited "racism and disrespect" due to his Turkish heritage and criticised the German FA (DFB). Berlin-born Boateng, 30, was one of the few German players to speak up for Ozil at the time, said in an interview this week that fellow stars in the national team should have supported the Arsenal midfielder against the harsh criticism following the World Cup debacle.

"Thanks bro, for your words," Arsenal midfielder Ozil wrote in an Instagram story on his official page.

"At the DFB, you were always one of the players who was there during difficult moments."

After 23 goals and 40 assists in 92 appearances for Germany, Ozil, who was born in Gelsenkirchen to Turkish parents, announced his retirement in a fiery three-page statement.

Boateng said his fellow 2014 World Cup winner had earned the right to a better send off.

"Where were the players, who then publicly thanked Mesut?" questioned Boateng, whose father comes from Ghana, in an interview with Munich-based Sueddeutsche Zeitung this week.

"Apparently, many did not dare to comment because they thought that would not be so popular with German fans.

"It's about a great player, who became world champion with us, who played fantastic games, who also changed German football a bit. A number 10 with a migration background!

"You have to say 'thank you', but I find it a shame that some held back."

Arsenal Jerome Boateng Mesut Ozil Football
Get the latest updates on India vs Australia and check out  Schedule, Results and Live Score. Like us on Facebook or follow us on Twitter for more sports updates. You can also download the NDTV Cricket app for Android or iOS.