Mesut Ozil, who has Turkish roots, was criticised in March after inviting Erdogan to his wedding. 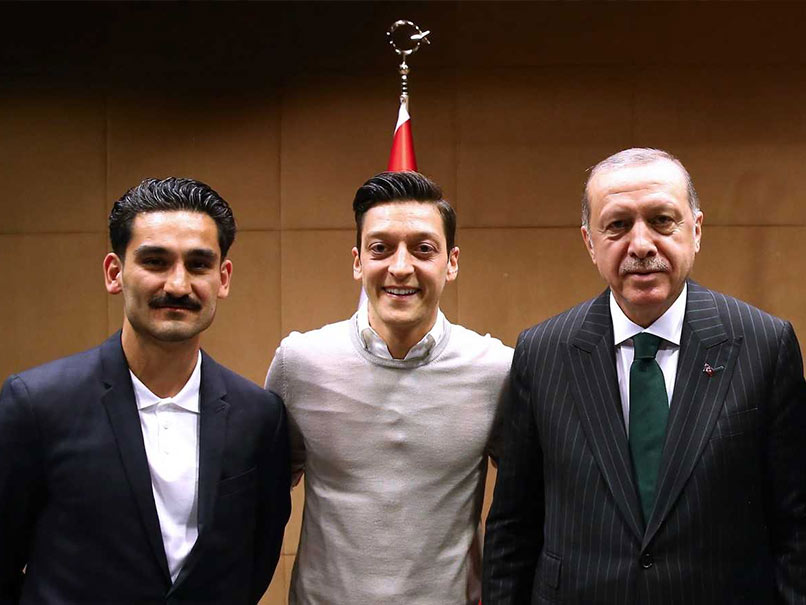 Arsenal's German midfielder Mesut Ozil dined with Turkish President Recep Tayyip Erdogan during a Ramadan iftar meal in Istanbul late Saturday, a move likely to cause a backlash after previous meetings caused controversy. Images in Turkish media showed a smiling Ozil and model fiancee Amine Gulse, sitting at a table on either side of Erdogan at the Ottoman-era Dolmabahce Palace. The iftar, the meal for breaking the fast during the Islamic holy month of Ramadan, was also attended by young Turks ahead of Youth and Sports Day on Sunday, a national holiday in Turkey.

In another photo, Ozil and Gulse were sitting in a room with Erdogan, joined by Fahrettin Altun, communications director at the Turkish presidency.

Ozil, who has Turkish roots, was criticised in March after inviting Erdogan to his wedding to the former Miss Turkey scheduled for this summer.

He had already sparked controversy last year when he was photographed with Erdogan, which led to Ozil becoming a target of xenophobic comments.

After their meeting in May 2018, Ozil's loyalty to Germany was questioned and following a disappointing World Cup performance last year, he left the national squad and claimed there was racism within the German FA. The German FA dismissed his criticism.

Arsenal Mesut Ozil Football
Get the latest updates on India vs South Africa and check out  Schedule, Results and Live Score. Like us on Facebook or follow us on Twitter for more sports updates. You can also download the NDTV Cricket app for Android or iOS.