A total of 220 police officers carried out 44 house searches across Belgium and in France, Luxembourg, Cyprus, Montenegro, Serbia and Macedonia. 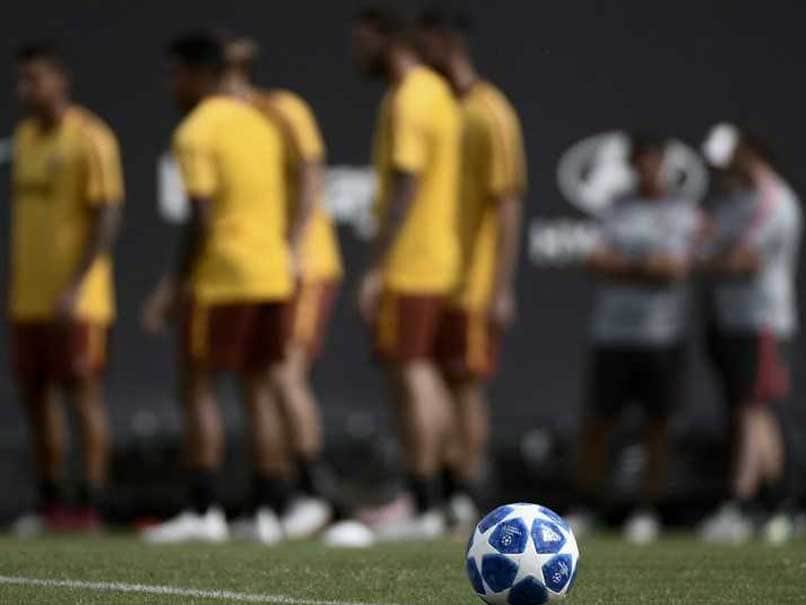 The anti-fraud operation that shook Belgian football on Wednesday is a reminder that the manipulation of matches, linked to betting or not, spares no country. A total of 220 police officers carried out 44 house searches across Belgium and in France, Luxembourg, Cyprus, Montenegro, Serbia and Macedonia, Belgian prosecutors said. "A great number of persons have been deprived of their liberty and taken in for a thorough interrogation," said a statement from investigators.

Here is a brief tour of the global match-fixing scandals.

Italian football has had a series of scandals.

"Totonero", a play on the Italian for football pools, in 1980, resulted in the relegation of AC Milan and Lazio and bans for several players, including Paolo Rossi, who returned just in time to win the World Cup for Italy and the subsequent Ballon d'Or.

The "Calciopoli" scandal, in 2006, did not involve gambling and only indirectly match rigging as big clubs influenced the selection of referees. Juventus were stripped of two league titles and demoted.

The scandal that appears to contain most elements in common with Belgium was the "Calcioscommesse", or "football bet," affair which ended with several players and coaches in prison.

The match-rigging apparatus, was, according to Interpol, run from Singapore by businessman Dan Tan who worked with Eastern European criminals to bribe, or in one case drug, Italian players.

After close to 100,000 telephone taps, dozens of arrests and searches, the Cremona prosecutor found that during the 2010-2011 season, at least 50 matches, including 20 in Serie A, were fixed.

Tan is wanted in Italy and also Hungary, where he is alleged to have rigged matches, but Singapore does not have an extradition agreement with the European Union.

Chinese businessman Zheyun Ye, who had invested in the Lierse club, was sentenced, in absentia, to five years in prison.

Zheyun Ye has disappeared. Put is now managing in the Chinese second division.

Marseille and the buried cash

The most famous scandal in France, surrounding Marseille's Ligue 1 game at Valenciennes in May 1993, was not related to betting.

Six days away from a European Cup final against AC Milan, Marseille wanted to collect the points, and clinch the French title, without wasting energy. Even though one home player reportedly confessed to his coach at half time, Marseille won 1-0.

Later, 250,000 francs were discovered in the garden of Valenciennes player Christophe Robert. Marseille were stripped of their French title and Valenciennes relegated.

Fixing on the menu in Berlin cafe

In 2011, Ante Sapina, a Croatian national already been sentenced to 36 months in jail for his role in a betting scandal involving German referee Robert Hoyzer, was sentenced to five and a half years for manipulating games in nine countries, including Europa League and World Cup matches, by paying money to players, referees and officials. German prosecutors focused on 47 matches but said up to 300 were involved.

Operating out of a Berlin cafe, Sapina bet on the matches in the unsupervised Asian markets and made an estimated profit of 2.4 million euros.

Not content with rigging matches in existing competitions, fixers have taken to staging their own games.

Several seem to have been created by a Singaporean, Wilson Raj Perumal who has served jail time in Finland for match fixing and now assists Hungarian investigators, says he worked for Dan Tan.

As many as 80 Zimbabwean footballers as well as officials and administrators, were suspended for their part in the "Asiagate" scandal, involving a series of friendlies, mostly in Asia. Many were never played, but in three that were, in 2009, the Zimbawean teams lost.

FIFA investigated a pair of friendlies -- Bulgaria against Estonia and Latvia against Bolivia -- played in Antalya, Turkey, in February 2011. All seven goals in the matches came from penalty kicks.

Most bizarre was Bahrain's home friendly against a Togo team containing none of the advertised players, in 2010. Despite having five goals disallowed, Bahrain beat visibly unfit opponents, 3-0. After the game Togo's football federation said it had not sent a team.

In 1915, with the English league on the point of being suspended because of World War I, Manchester United beat Liverpool 2-0, in a first-division game in which Liverpool missed a penalty.

After the match flyers began to appear alleging that large amounts of money had been bet at attractive odds on just that result. Seven players, three from United and four from Liverpool, were banned for life.  Six, including one who had died serving in the war, were reinstated in 1919.