Marcus Rashford is working to get food to children who rely on free school meals after the coronavirus shutdown. 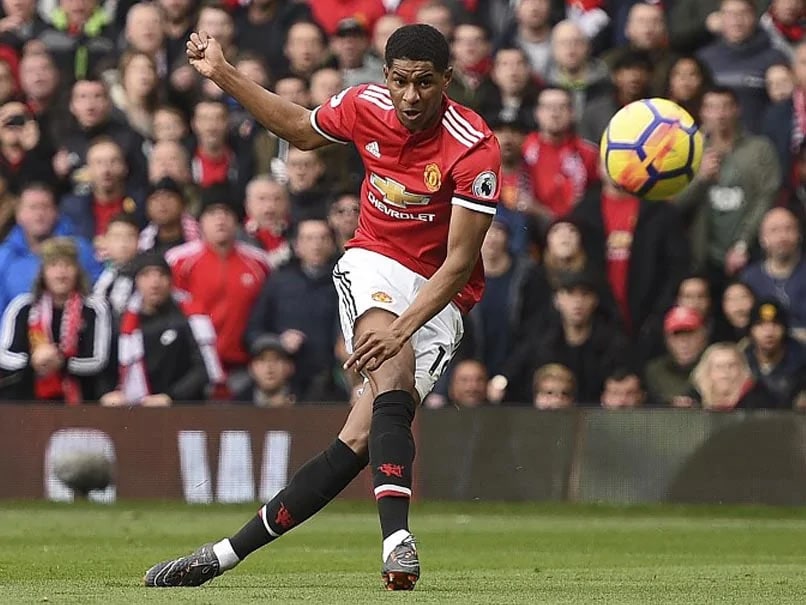 Marcus Rashford was sidelined with a back injury when the Premier League season was suspended.© AFP

Manchester United forward Marcus Rashford is working to get food to children who rely on free school meals after the coronavirus shutdown. The 22-year-old England international has teamed up with charity FareShare to help children in the Manchester area after schools were closed. And he revealed that his own childhood had inspired him to want to make a difference to the next generation. "In the past I have done a lot of work in regards to children and when I heard about the schools shutting down, I knew that meant free meals for some kids that they are not getting at school," Rashford told the BBC.

"I remember when I was at school I was on free meals and my mum wouldn't get home until around six o'clock so my next meal would have been about 8 o'clock. I was fortunate, and there are kids in much more difficult situations that don't get their meals at homes."

Manchester United and Manchester City have joined forces to donate to food banks in the area.

"I think when times are tough it is important that two clubs who have a huge social following that we do come together and make a difference when things which are bigger than football happen. So credit to both clubs," Rashford said.

Rashford was sidelined with a back injury when the Premier League season was suspended earlier this month.

The forward said he was making good progress but admitted he was missing football.

"It's just about patience," he said.

"I have been working hard on the bikes and following the programme that I have been given from the club.

"I have been playing FIFA, reading different types of books. It is important to keep time passing, with positive vibes and just keep smiling."

Manchester United Marcus Rashford Football
Get the latest updates on IPL Auction 2023 and check out  IPL 2023 and Live Cricket Score. Like us on Facebook or follow us on Twitter for more sports updates. You can also download the NDTV Cricket app for Android or iOS.