Harry Maguire will cost 65 million pounds with part of the outlay being offset by selling Argentinian defender Marcos Rojo. 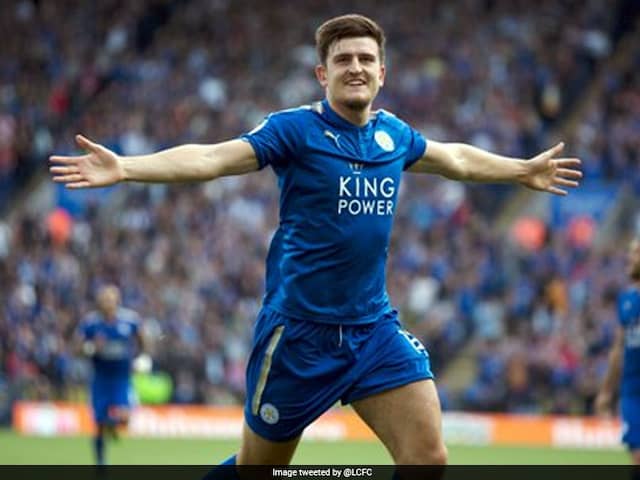 England central defender Harry Maguire's impressive performances at the World Cup has made him a prime target for Manchester United manager Jose Mourinho, according to British media reports on Saturday. The 25-year-old is believed to want to secure the move although Leicester's Thai owners are reluctant to sell after another of their stars Algerian forward Riyad Mahrez moved to champions Manchester City last month for a club record fee of 60million pounds ($79 million). Maguire, who impressed alongside John Stones in England's run to the World Cup semi-finals, will cost 65million pounds with part of the outlay being offset by selling Argentinian defender Marcos Rojo -- United value him at 30million pounds -- and Italian full-back Matteo Darmian, the Daily Mirror claims.

Rojo is attracting interest from Premier League newboys Wolverhampton Wanderers whilst Darmian is coveted by both the Milan clubs.

According to the Daily Mail the injury-prone 28-year-old Rojo -- who cost United 16million pounds when he signed from Sporting Lisbon in 2014 -- has been removed from the club's branding by the marketing department for the upcoming season.

The Sun reports that Maguire's chances of moving to United could depend on whether Leicester are successful in buying Newcastle skipper Jamaal Lascelles, they are preparing a 35million pounds bid for the player voted by the fans The Magpies player of last season.

Maguire, who played every minute of 'The Foxes' league campaign last season after signing from Hull City on a five year contract, not only stood out in defence at the World Cup but crowned his first major finals with a goal in the 2-0 win over Sweden in the quarter-finals.

Adding extra spice should the move go through -- transfer deadline day is August 9 -- Manchester United and Leicester kick-off the new season on August 10.

Leicester City Harry Middleton
Get the latest Cricket news, check out the India cricket schedule, Cricket live score . Like us on Facebook or follow us on Twitter for more sports updates. You can also download the NDTV Cricket app for Android or iOS.
Advertisement