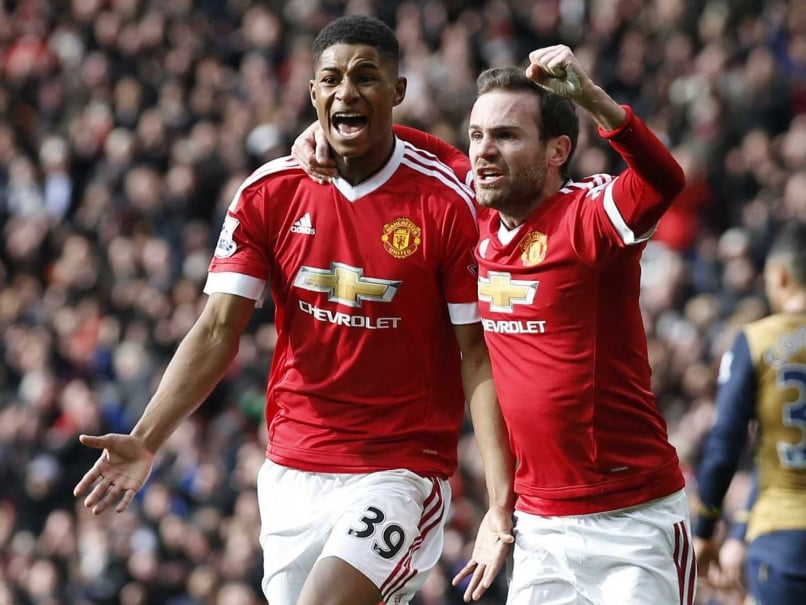 Manchester United midfielder Juan Mata has advised teenage striker Marcus Rashford to remain "calm" after scoring a brace each in his first two games for the English football giants. (More in Football)

Rashford on Thursday scored twice against Midtjylland in a Europa League game and then repeated the feat on his English Premier League (EPL) debut against Arsenal on Sunday.

"He needs to keep calm," Mata was quoted as saying by the Guardian on Tuesday.

The Spain international said Rashford is similar to his teammate and strike partner Anthony Martial who is presently out with an injury.

"He looks similar to Anthony Martial in a way, they're both quick and go against the defenders, they both have goals in their pocket. It's not about comparing, it's about taking profit from them," Mata said.

Along with Rashford, Timothy Fosu-Mensah was given his chance against Arsenal when Marcos Rojo had to be substituted for an injury and James Weir managed to sneak in five minutes of injury time after replacing Ander Herrera.

Comments
Topics mentioned in this article
Manchester United Arsenal Juan Mata Football
Get the latest updates on ICC T20 Worldcup 2022 and CWG 2022 check out the Schedule, Live Score and Medals Tally. Like us on Facebook or follow us on Twitter for more sports updates. You can also download the NDTV Cricket app for Android or iOS.