Manchester United seek desperate turnaround as they aim to win against FC Midtjylland in a crucial Europa League match. 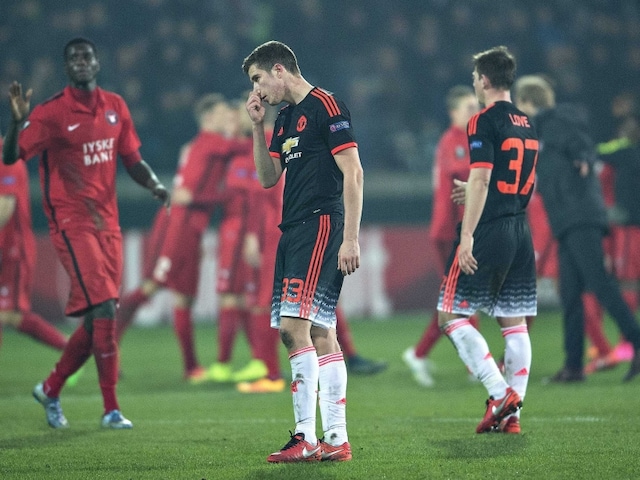 The gloom that has been descending on Manchester United lifted a little when they beat Shrewsbury in the FA Cup on Monday, but manager Louis van Gaal remains a man facing problems.

United's manager has no margin for error as he attempts to maintain his team's chances of a European trophy when they face Midtjylland at Old Trafford on Thursday.

United's 2-1 defeat away to the previously unheralded Danish champions in their Europa League round of 32 first leg last week was a significant embarrassment for Van Gaal, with the local newspaper, the Manchester Evening News, calling for him to be sacked the day after the match.

At least United managed to avoid further humiliation at third-tier Shrewsbury, a team two divisions and 50 league places below them, but even their convincing 3-0 victory was small comfort.

Van Gaal -- whose team are fifth in the Premier League, 12 points behind leaders Leicester -- is fully aware that improved performances are required quickly, with Jose Mourinho apparently waiting in the wings, ready to take over should the United hierarchy decide to ditch the Dutchman.

"I was very pleased with my players against Shrewsbury," Van Gaal said. "They were very committed.

"Now we have to beat Midtjylland, but it will not be easy, because they are well organised. We saw that during the first leg.

"Everything is possible, though. We are still in three competitions, so we have to fight," he added. 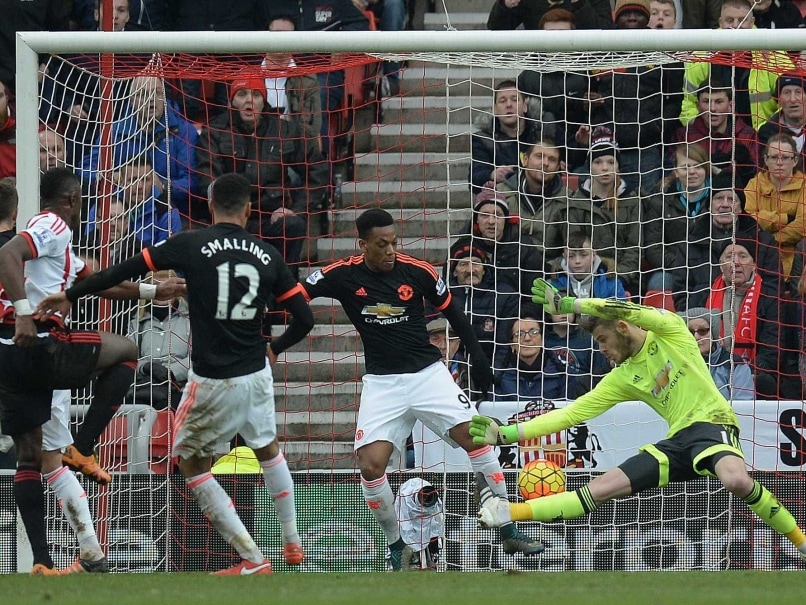 David de Gea suffered an injury during the Europa League match against FC Midtjylland and his participation is uncertain.

The United manager will make a late check on the fitness of goalkeeper David de Gea, who had to withdraw from the first leg in Denmark after suffering a knee injury in the warm-up.

Sergio Romero, who has played in each of the last two games, will continue if De Gea does not recover in time.

United captain Wayne Rooney remains unavailable with the knee injury that is set to keep England's record international goalscorer out until late March, while forward Will Keane, winger Jesse Lingard and defender Cameron Borthwick-Jackson all picked up knocks during the win at Shrewsbury.

Van Gaal has admitted to learning plenty from Midtjylland, even copying one of their free-kick routines to score against Shrewsbury; with Juan Mata floating in United's second goal as Anthony Martial, Ander Herrera and Lingard all charged out from offside positions.

"We learnt that because we have analysed Midjytlland, and saw that they were doing that," the veteran manager explained. "We thought it was offside, but we asked the referees at the game, and they said: 'No. There's no offside. You can do that'."

Last Thursday's victory over United was Midtjylland's first competitive match in more than two months, with the Danish Superligaen yet to resume following its winter break.

Jess Thorup's team won the Danish title for the first time in their history last season, a vindication of the statistical analysis model used to assess potential signings that was introduced by their English owner Matthew Benham.

They currently lie third in their domestic league, but were good value for their first-leg victory over United, which has given them hope of claiming a second English victim of the season, having knocked Southampton out of the Europa League in August.

Midtjylland midfielder Kristoffer Olsson, on Arsenal's books as a youngster, has suggested that United are a team lacking leadership.

"They play a little slow," Olsson said. "I don't know how they usually are, but I felt that they didn't have any real leader.

"There was a lot of negativity, but I don't know if that was more than usual. We knew they were feeling low and we took advantage of that."

Comments
Topics mentioned in this article
David De Gea Juan Mata Manchester United Football
Get the latest Cricket news, check out the India cricket schedule, Cricket live score . Like us on Facebook or follow us on Twitter for more sports updates. You can also download the NDTV Cricket app for Android or iOS.