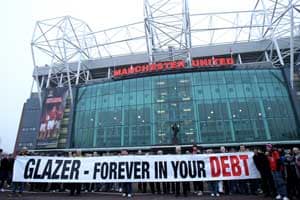 But in the annual report for the year ending last June 30, director Joel Glazer says the club has "sufficient cash reserves ... for investment in the playing squad."

The Glazers also own the Tampa Bay Buccaneers.

Comments
Topics mentioned in this article
Football Wayne Rooney Chelsea Arsenal Alex Ferguson Barcelona Everton Manchester United
Get the latest updates on ICC T20 Worldcup 2022 and CWG 2022 check out the Schedule, Live Score and Medals Tally. Like us on Facebook or follow us on Twitter for more sports updates. You can also download the NDTV Cricket app for Android or iOS.